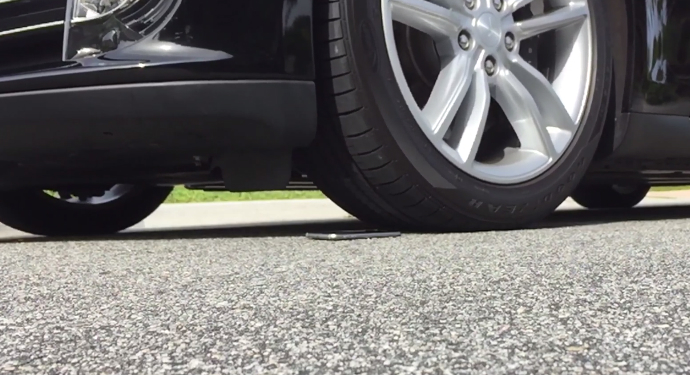 Samsung’s Galaxy S6 and Galaxy S6 edge are probably the most durable Android handsets the South Korean giant made to date, even though they’re not indestructible – after all, no handset is. The Galaxy S6 has already been put through a variety of torture tests meant to test its durability in some extreme conditions, including drops from various angles, water submersion and even bending. But YouTube channel iCrackUriDevice went one step further, putting the handset through a different kind of ordeal: running it over with a Tesla Model S.

Driving a car over a smartphone might not be the most usual accident for handsets, but it certainly can happen, and in most cases it’ll destroy the device.

The same goes for the Galaxy S6, as seen in the following video, but the device isn’t completely smashed after the Tesla goes over it. In fact, if you’re lucky following such an accident, the device may survive with the screen intact and still work, though it’ll likely need plenty of fixing.

The video specifically explains what happens when the front and rear tires of the Model S run over the handset – obviously, you can expect similar results no matter what car runs over the phone. The full video follows below.