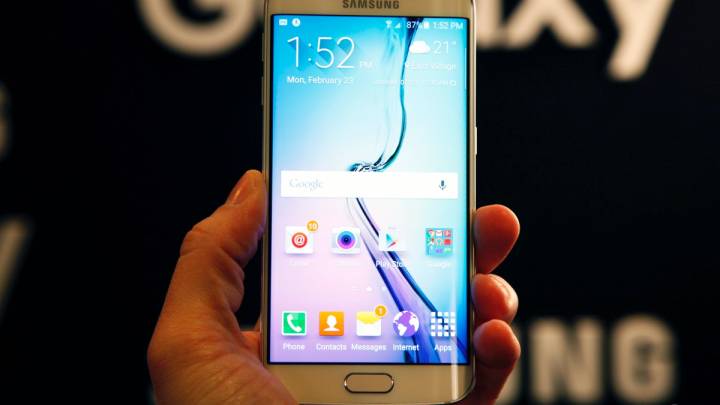 After months of rumors and leaks, the moment smartphone enthusiasts around the world have been waiting for is finally here: Samsung has unveiled its new flagship smartphones for the first half of 2015, the Galaxy S6 and Galaxy S6 edge. Forget everything you thought you knew about Samsung smartphones, because these new Galaxy S6 phones are different in every way imaginable — well, almost every way imaginable.

During the company’s big press conference in Barcelona, Spain ahead of Mobile World Congress 2015, Samsung finally took the wraps off of its next-generation flagship phones.

The difference between the two, as we saw in countless leaks and rumors, is the Galaxy S6 edge model features a display that curves down toward the back of the handset on both sides.

Samsung built the S6 and S6 edge entirely out of Gorilla Glass 4 and metal. The design is sleek and remarkably slender, especially considering all of the technology packed into these handsets. Beyond the specs listed above, the phone also includes a heart rate sensor, a touch fingerprint scanner (no more swiping), LoopPay and NFC mobile payments support, and wireless charging support.

Of note, Samsung’s new mobile payment service Samsung Pay will not be available when the Galaxy S6 and Galaxy S6 begin rolling out, but it will work on both phones once it launches. The service will work much like Apple Pay’s NFC-based solution, though it will also incorporate the technology Samsung acquired when it bought LoopPay, which mimics a magnetic card swipe and will work with almost any current POS system.

The battery on Samsung’s new phone is not user replaceable like Samsung’s other smartphones, but Samsung’s own proprietary fast charging technology more than makes up for it.

According to Samsung, charging the Galaxy S6 or S6 edge for just 10 minutes adds enough juice to power 2 hours of HD video playback, and charging it for 30 minutes will take the battery from empty all the way to 50%.

Both phones will be sold by Verizon Wireless, AT&T, T-Mobile and Sprint, as well as several smaller carriers and retailers such as Best Buy and Amazon.