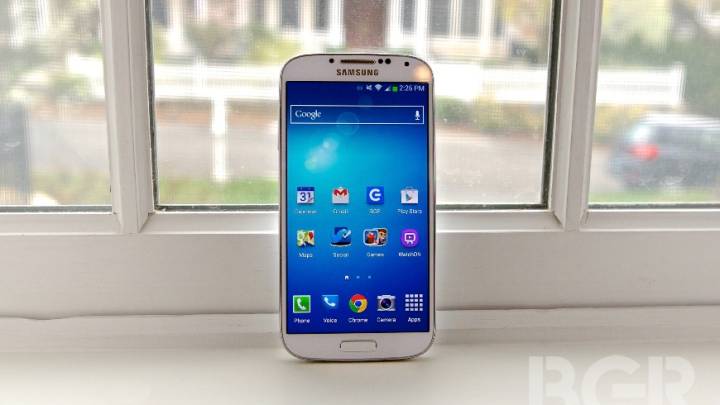 Android fans around the world can’t wait to see what Samsung has in store for us with the upcoming Galaxy S5, but it looks like more current Samsung flagship phone owners than ever before have decided not to stick around and find out. According to new data provided to BGR on Monday by consumer electronics trade-in specialist Gazelle, Samsung handset owners traded in their Galaxy S4 smartphones 138% more frequently in the second half of 2013 than Galaxy S III owners did in the second half of 2012. What’s more, things aren’t slowing down — Gazelle says that January 2014 was the site’s third-biggest month ever for Galaxy S4 trade-ins.

In order to keep Galaxy S5 owners from fleeing even faster, Gazelle posits that Samsung’s next flagship phone should “bring a more premium look and feel to the table,” like HTC did with the HTC One and Sony did with the Xperia Z.

The site also says Samsung should do a bit more to distinguish the look of the Galaxy S5 from earlier flagship Galaxy models.

“Form factor and appearance are driving factors in upgrading new devices on a yearly basis; this is something we’ve seen with the iPhone launches and something we can expect to see with the Galaxy S5 if the appearance is strikingly different from the older models,” Gazelle’s Anthony Scarsella said.

Samsung is expected to unveil the first of many different versions of the Galaxy S5 in March ahead of a release in April. Spec highlights include a 5.2-inch display with 2K resolution, a quad-core or 8-core processor depending on region,  3GB of RAM, 32GB/64GB/128GB storage options, a 16-megapixel rear camera, a 3.2-megapixel front-facing camera and Android 4.4 KitKat.