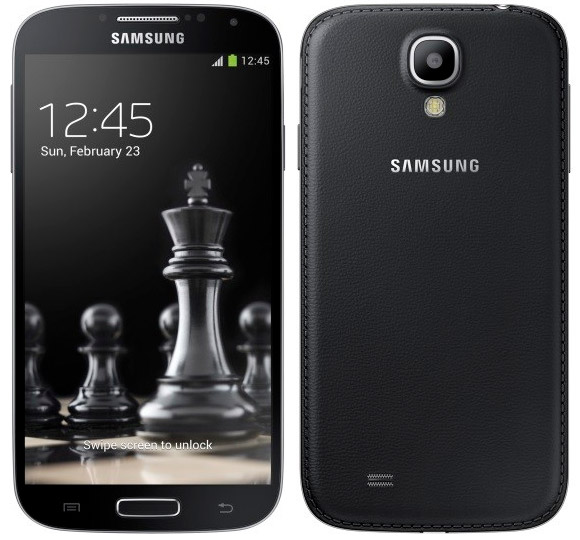 Ok, the Galaxy S5 needs to launch immediately. Not because of anything having to do with the phone itself — though we really can’t wait to see what Samsung has in store for us with its 2014 flagship phone — but because we just can’t stomach seeing Samsung launch any more Galaxy S4 models. The tally has now climbed over a dozen and Samsung still isn’t done, as the world’s top smartphone maker on Friday unveiled the “Galaxy S4 Black Edition.”

This latest version of Samsung’s flagship phone of yesteryear, as you might have guessed, is black. It also features the faux-leather back that Samsung first introduced on the Galaxy Note 3. Beyond that, it’s pretty much the same Galaxy S4 we know and love. Spec highlights include a 1.9 GHz quad-core Snapdragon processor, a 5-inch full-HD display, 2GB of RAM, 16GB of storage, a 13-megapixel camera, a 2,600 mAh battery and Android 4.2.2 Jelly Bean.

The Galaxy S4 Black Edition will launch launch next month in Russia and will cost about $660 off contract. A separate “Galaxy S4 mini Black Edition” will launch alongside the phone for about $460 because, well, why not?