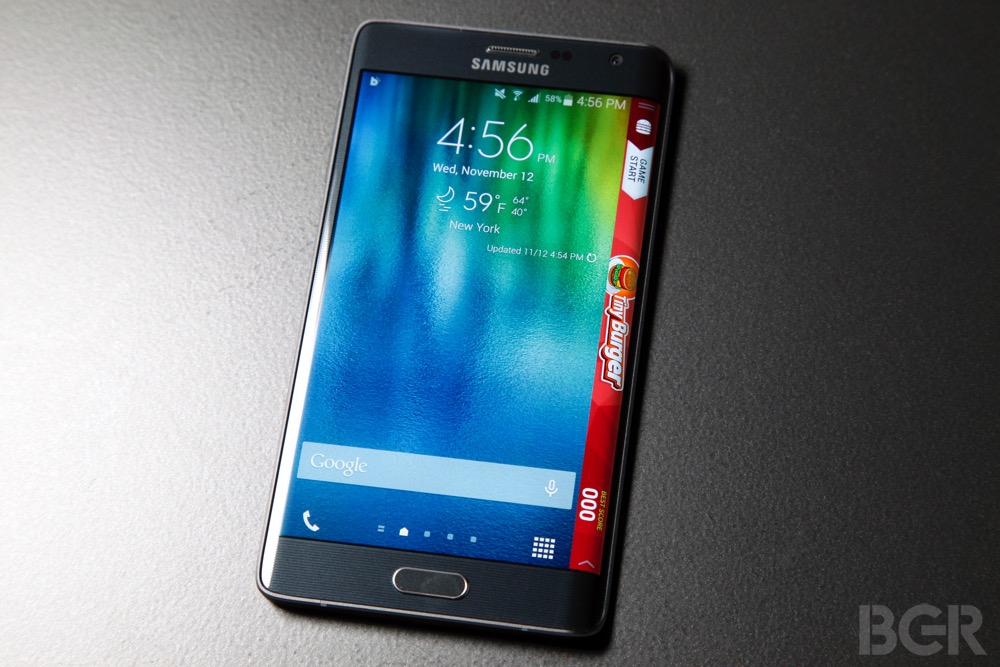 Samsung has yet to release the Galaxy S6 and Galaxy S6 edge in stores, and the company is already rumored to be working on a next-generation phablet that might offer TV-grade display resolution that hasn’t been available on any other smartphone so far.

Phone Arena received word from a single unnamed source that the Galaxy Note 5 will feature a curved Super AMOLED display with Ultra HD 3840 x 2160 (UHD) that would drive its pixel density to more than 700 ppi.

The flat screen Galaxy Note 5 will apparently feature a 5.89-inch display with 748 ppi, while the dual edge Galaxy Note 5 edge will have a 5.78-inch screen with 762 ppi, according to the blog.

Samsung has already confirmed that it’s interested in bringing UHD resolution, usually seen on TVs and computer monitors, to smartphone displays this year. The Galaxy Note 5 is the best candidate to offer such specs, considering it’s supposed to be Samsung’s flagship phablet for 2015. According to previous Samsung presentations, these displays should have diamond pixel arrangements, a non-standard pixel arrangement that might be similar to Samsung’searlier PenTile displays.

Samsung is expected to unveil the Galaxy Note 5 phablet family in September, likely at the IFA 2015 fair in Berlin, Germany if it follows the same pattern from the past couple of years.