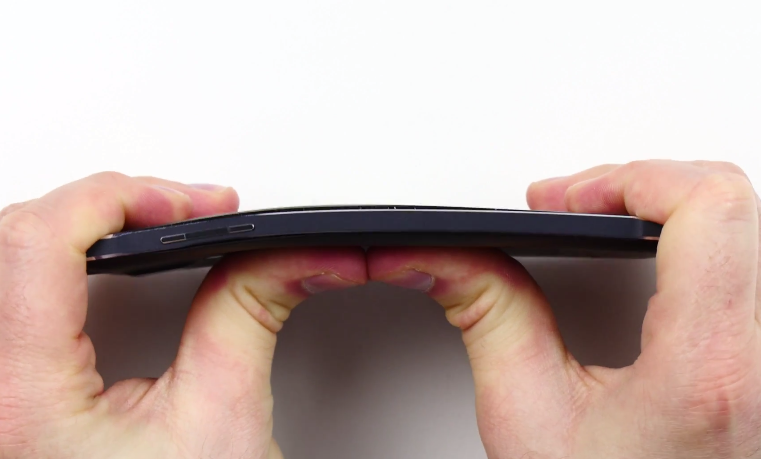 Watch out, smartphone manufacturers: Lewis Hilsenteger of Unbox Therapy is back and he’s going to bend more of your high-end devices. Hilsenteger, whose video that showed him bending the iPhone 6 Plus with his bare hands quickly went viral, has decided to give Samsung’s new flagship Galaxy Note 4 phablet the same treatment that he gave to Apple’s massive new smartphone. The results, you’ll be interested to know, will not make Samsung all that happy.

FROM EARLIER: Apple fan who mocked ‘Bendgate’ finds that his iPhone 6 Plus bent with regular use

In the video, Hilsenteger puts the Note 4 through the same rigorous bending that he applied to the 6 Plus and found that the new device does in fact bend a little bit in the exact same spot where Apple’s big smartphone bent, which just happens to be right under the lower volume button. While it doesn’t look like the Note 4 is as easy to bend as the iPhone 6 Plus, it also doesn’t appear to be as sturdy as the Galaxy Note 3, which Consumer Reports and other third-party testers found to be the most resistant to bending.

Again, whether this means that either device is likely to bend as part of regular use is an entirely different question, although it does look like this has been a legitimate problem for at least some iPhone 6 Plus owners.

Check out the full Unbox Therapy video below.