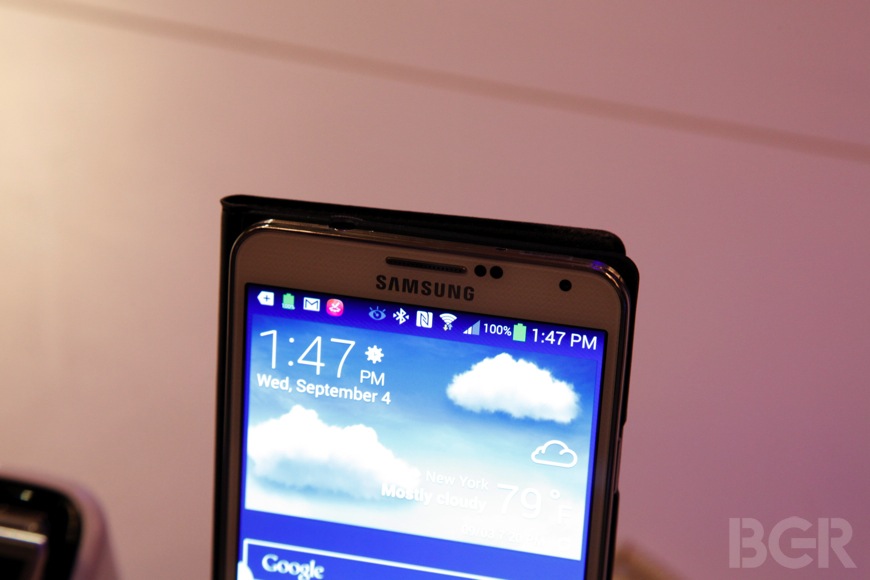 Samsung doesn’t always listen to fans when creating new mobile devices, no matter what it says during its press events — as long as smartphone sales are still strong, it will keep churning out the plastic. But the company seems finally ready to commit to making high-end devices out of materials other than plastic now that its smartphone profits are crashing — The Wall Street Journal reports that Samsung senior vice president Kim Hyun-joon acknowledged during a recent earnings call that Samsung will release two new high-end smartphone models in the second half of the year, one with a large screen and the other made of “new materials.” It’s not clear whether the second will also have a screen as large as the first.

The executive failed to mention other details about any of the two upcoming flagship devices, but it looks like at least one of them will be the Galaxy Note 4, which is expected to launch at some point in September. Considering the clear distinction between the two smartphones, it would appear that the Galaxy Note 4 will still be made of plastic. Recently, a report said that Apple’s iPhone 6 launch orders are so massive that Samsung isn’t able to secure “new materials” for a high-end smartphone.

Other reports claimed that Samsung will have two Galaxy Note 4 in stores, one basic model – read “plastic” – and one sporting a flexible display and metal body. However, Kim’s comments do not indicate that the “new materials” device will also have a large screen, which would likely make it a Galaxy Note 4 variant.

Additionally, Samsung will launch “new models in the mid-to-low-end segment with enhanced specifications,” likely also made of plastic.

Samsung’s net profit fell for the first time in nearly three years in the second quarter of the year, with the company blaming it on inventory mismanagement, strong competition and a strong Korean won. Samsung’s first quarter of 2014 also failed to meet expectations, and so did the last quarter of 2013.