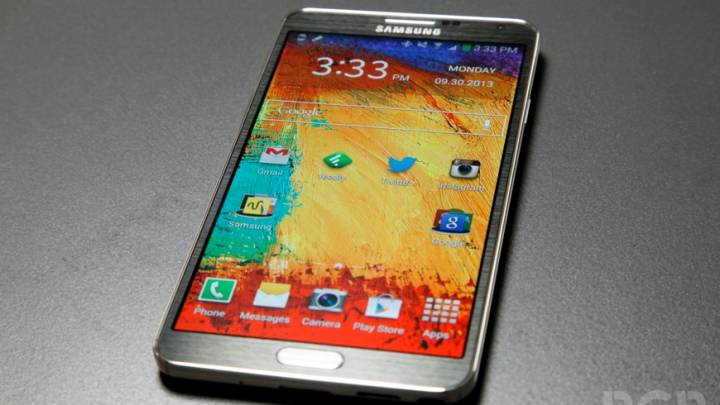 Samsung will apparently announce its fourth-generation flagship phablet on September 3rd at IFA 2014 in Berlin, The Korea Times has learned, as the company appears to be “looking to rush the Galaxy Note 4 out the door” before the iPhone 6 arrives during the same month. However, an actual release date or pricing details for the newest Note are not available at this time.

“Samsung will hold an event to announce the Note 4 on Sept. 3, just few days before this year’s IFA trade fair in Berlin, Germany ― Europe’s biggest technology exhibition,” a Samsung top-tier display supplier executive told the publication. An invitation for the media is apparently due “soon.”

While The Korea Times doesn’t offer specific details on the Galaxy Note 4’s specs, it does mention that a curved OLED version will also be launched, although that device isn’t “aimed at appealing to the mass market.”

The Galaxy Note 4 should also be the first smartphone in the world to feature an ultraviolet sensor, and will pack a Qualcomm processor and support for fourth-generation LTE speeds.

Unsurprisingly, AT&T, Sprint, T-Mobile and Verizon are mentioned as the major launch partners for the handset in the U.S., with Samsung planning “a big promotional campaign in China” as well.

During an earnings call for Q2 2014, one Samsung exec confirmed two new flagship smartphones are in the works for the second half of the year, including a large device (likely the Galaxy Note 4) and a handset made of “new materials” (likely the Galaxy Alpha).