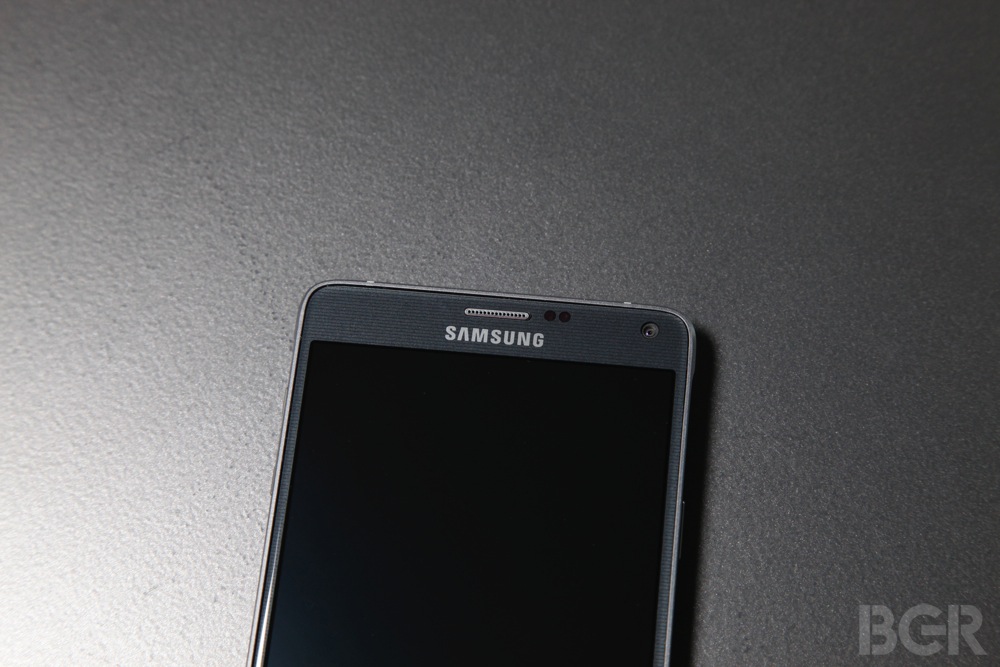 RELATED: Lollipop might be the best thing to ever happen to Samsung’s TouchWiz

As you can see, the icons on Samsung’s quick settings screen look a lot flatter, which fits in with the kinds of icons Google is trying to implement with Lollipop. Given how much TouchWiz has been generally unpopular with many Android fans, it will be interesting to see if Samsung makes more significant changes to the interface to make it mesh better with Lollipop overall and not just cosmetically.

PhoneArena notes that “we’re dealing with an early firmware build which is not intended for the wide public, yet it serves one pretty important purpose – it reminds us that the phablet will be among the first devices bearing the Samsung logo to be officially treated to the most recent variation of Google’s popular mobile platform.”

While we’ve posted one picture of Lollipop on the Galaxy Note 4 above, PhoneArena has another one available that you should check out by clicking the source link below.