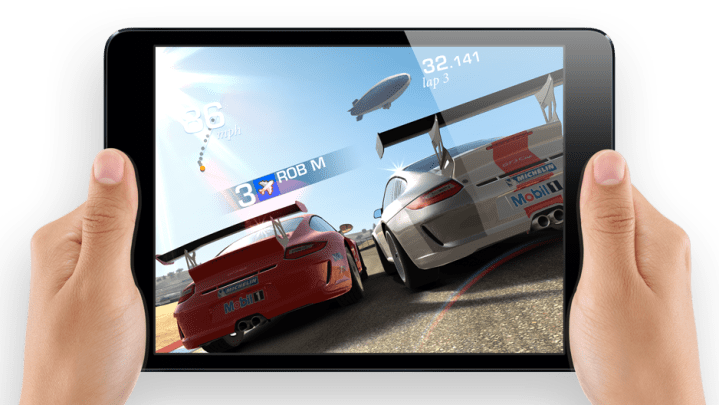 Last week marked a bit of a milestone in the rapidly evolving iPad app market. The industry witnessed perhaps the most intense onslaught of high-quality, premium priced games by leading developers in the history of the platform. Consumer response to “Grand Theft Auto: Vice City” ($5), “Modern Combat 4: Zero Hour” ($7) and “Baldur’s Gate: Enhanced Edition” ($10) may shape how the game industry deals with Apple’s (AAPL) iPad in coming years.

All three of these major titles debuted between four and five days ago… and all are priced well above typical iPad games. Recent iPad paid download chart hits like “Bad Piggies,” “Angry Birds Star Wars” and “Where’s My Water” are typically priced at between $1 and $3. Nearly all of the recent top-grossing iPad hits have been free: “Clash of Clans,” “Hay Day,” “The Simpsons,” “Bingo Bash,” and so on.

The iPad market has thus split into two tiers over the past year or so. There are the games priced from $1 to $3 that dominate the paid download charts and often linger for months in the top-10 highest-grossing games chart. And there are the free games that tend to dominate the top-grossing chart without ever generating massive download volumes — “Clash of Clans,” “Hay Day,” “DragonVale,” “Bingo Bash” and more. The most successful free games generate heavy cash flow by focusing on a relatively narrow base of devoted, if not downright rabid fans.

The old school video game industry has had notable trouble cracking the iPad code of success. The latest onslaught of well-known titles priced from $5 to $10 represents another attempt to reshape the iPad market into something resembling the console gaming market. The early signs of success are mixed at best.

The “Grand Theft Auto” game priced at $5 did hit No.1 on iPad download chart and remained at No.2 on Monday morning. But it has tumbled to No.12 on the iPad revenue chart just five days after it debuted. This is ominous considering the lavish production values and sky-high brand recognition of the franchise. It looks like iPad owners remain cool towards pricey video game cross-over titles.

Right now it looks like all three of these giant franchises may be out of the iPad top-20 grossing games just two weeks after their debuts. The top-grossing iPad games right now are “Clash of Clans,” “The Simpsons” and “Hay Day” — all are free downloads, all are more than 100 days old. And two out of three were completely unknown franchises before last summer.

There is now doubt that these new mega-franchises that hit the iPad last week will all score a couple of million. But they seem all destined to repeat the performance of the earlier marque names that tried conquering iPad with $5-plus price points and stellar track records in the game console market: A five-day splash and a quick fade as simpler, far more obscure free iPad games continue grossing between $1 million and $2 million each week.