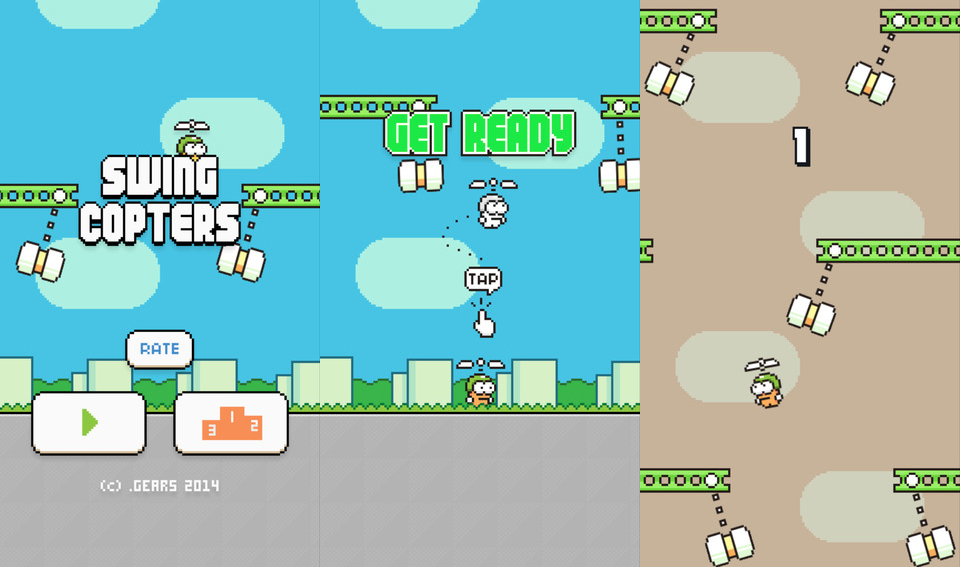 After pulling the incredibly popular, yet silly, Flappy Bird game from the App Store and Google Play Store, for fear it was too addictive for users, Vietnamese developer Dong Nguyen is back with a similar game for iPhone and Android called Swing Copters.

For all intents and purposes this is basically a Flappy Bird sequel, and can even be considered a clone itself, but this time coming from the actual author of the Flappy Bird hit.

Instead of flying a bird through obstacles you pilot a “copter,” and instead of moving horizontally, you’re moving vertically, enjoying the exact same kind of graphics.

The game’s description is extremely simple, and there’s no mention of Flappy Bird anywhere. “Flying with a propeller hat is not as easy as it looks,” says the description, further revealing you have to tap the screen to change direction, and that four medals gets you more characters to play with.

Just like its predecessor, the game comes with ads, which can be removed in the iOS version following a $0.99 in-app purchase.

There’s no telling how fast the game will be removed from the app stores, but, luckily, Swing Copters clones are also already available, having been published even before Nguyen released his new title.

Download links for both the iPhone and Android version are available at the source links.