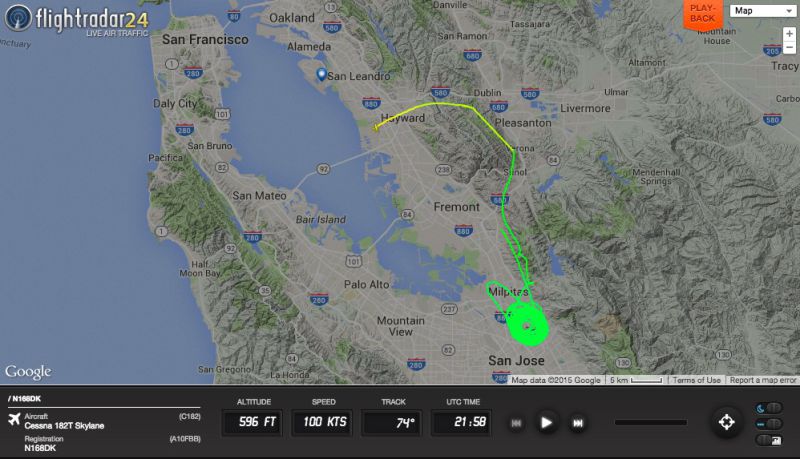 The Associated Press revealed earlier this week that the FBI appears to be the intelligence agency that’s flying spy planes in America for surveillance operations. Even though the FBI tried to keep its spy planes a secret by using dummy companies set up solely to hide them, it turns out that anyone can use a few readily available tools to track FBI planes in real-time and find out who’s operating them.

A report on Fusion details how people were able to identify suspected spy planes, track them while they were flying overhead, and even find out information about the companies they supposedly belong to.

The FBI used dummy companies to hide its spy operations and protect the identities of pilots, asking AP not to publish the names of those companies. But as it turns out, that request was pointless.

John Wiseman, a technologist in Los Angeles, used public records to discover FBI plans, and he used a device he programmed to intercept airplane transmissions, identifying several spy operations in the process.

Because there’s plenty of paperwork needed to fly a plane in the U.S., a public record containing flight details for each spy plane flight exists, and Internet users who know where to look can easily find it.

“It seems the FBI is uncreative when it comes to spy craft; the fake companies tracked down by the AP and by Wiseman mainly had three-letter names, including FVX Research, KQM Aviation, NBR Aviation and PXW Services. Because flight records in the U.S. are public, and planes are trackable on radar, the AP was able to track down where these planes flew,” Fusion notes. Furthermore, it looks like the FBI uses special transmission codes (squawk) and callsigns, for its spy planes.

Wiseman got his data even before the AP published its extensive report on the matter.

“I decided to check my database for planes that have squawked 4414/4415 or used one of the suspicious callsigns: I found 8 aircraft in the past 2 months, several of which exhibit suspicious behavior,” he said in a post on Hacker News last month. “Flying for hours at a time without going anywhere in particular (I don’t have position information for them, but I know they’re in the air and not leaving the LA area), flying almost every day for months at a time.”

“I call what I’m doing ‘persistent surveillance’: using historical sensor data to retroactively identify and track new subjects, it’s just that my subjects are the government,” Wiseman said. “One of the surprising things I’ve found is that all you need to do is look: the weird stuff jumps out right away, e.g. Cessnas registered to fake-sounding companies that loiter overhead for hours every day.”

Others have used the information offered by the AP report to find the spy planes used by the named dummy corporations, including public flight radar information.

Obviously, this means that bad guys who might be targets of FBI investigations can use similar methods to tell whether they might be tracked by one of the FBI’s planes.