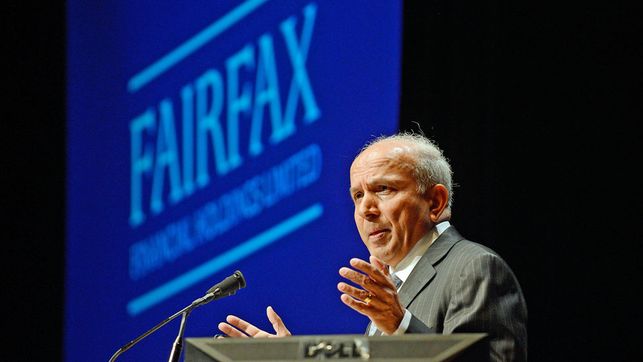 Fairfax Financial’s $4.7 billion offer to take BlackBerry private is fairly unorthodox. In the first place, Fairfax made the offer public without raising anywhere close to the amount of capital it needed to complete the deal. Second, Fairfax is under no obligation to actually make good on the bid if BlackBerry can’t find a more attractive offer. As Wellington Financial’s Mark McQueen puts it, Fairfax seems intent on testing the “limits of [merger and acquisition] creativity.”

“In my life I can’t recall a ~$5 billion cash takeover bid being announced without the financing being lined up in advance,” McQueen writes. “Often, the Regulators don’t allow such a tactic… Compare that to Michael Dell’s going-private of his company, where Mr. Dell rolled his 16% stake plus contributed another meaningful quantum of new dough to bring his partner Silver Lake on board.”

McQueen suggests that because of this, the Fairfax offer doesn’t yet qualify as an official bid but more “a premise of a bid.” What’s more, he thinks that Fairfax is fooling itself if it announced the proposal publicly to draw in larger players such as Microsoft or Lenovo.

“An unfinanced LOI isn’t going to fool any serious buyer,” McQueen concludes. “I don’t think Microsoft will suddenly try to top him at $11/share. If they want the company, they now know they can buy it for in and around US$9.00 a share.”