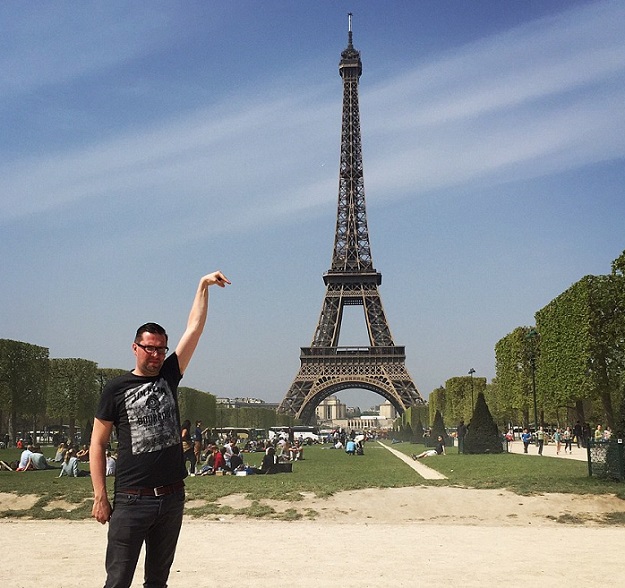 Recently, a Dutch food blogger named Sid Frisjes was vacationing in Paris and tried to take one of those forced perspective photos to make it seem as if he had the Eiffel Tower right underneath his fingertips. Unfortunately, the resulting photo was laughably bad, prompting Frisjes to ask the Internet for a little bit of help.

Posting to 4chan, Frisjes asked users dust off their Photoshop skills and manipulate the photo to make it seem as if his finger was resting atop of the Eiffel Tower. What followed next was pure hilarity.

While the Internet can undeniably be a cruel place, it can also be a place teeming with hilarious creativity. All told, 100’s of Internet users heeded the call to action. And so, below are some of the more hilarious Photoshop jobs that the Internet masses came up with.

First up, we have this gem.

I always enjoy a purposefully bad Photoshop job. You can almost envision some amateur, low-level Photoshop designer showing this to a client and pleading, “But I did exactly what you asked for!”

Here we have an entry from a guy who likely goes by the name “Mr. Clever.”

No caption needed for this one.

And five more contenders to wrap things up.