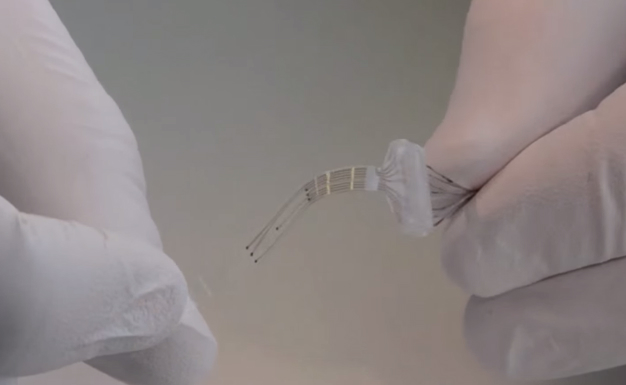 One of the health conditions modern medicine has yet to fix is paralysis in patients who have experienced accidents affecting their spinal cords. But, CNET reports, researchers from Switzerland have already come up with a tiny, flexible, gold-plated device that can be implanted in patients to restore spinal cord functionality and allow paralyzed patients to walk again.

FROM EARLIER: Here are two ways your iPhone might be killing you softly

Researchers at the Ecole Polytechnique Federale de Lausanne, Switzerland already succeeded in implanting the device in rodents last year, and it helped restore electrical nervous impulses transmission in rats whose spinal cords had been severed for weeks after implant.

The technology is now nearing a human trial phase, with the e-Dura (the name of the device) supposed to be implanted directly underneath the dura mater, the protective membrane that surrounds the brain and spinal cord.

The e-Dura can stretch and bend, following the natural, limited moves of the spinal cord, without causing inflammation resulting from friction between the device and human tissue. At the same time, thanks to its silicon and gold structure, the implant can deliver the electric impulses the brain sends to the spine in order to trigger movements.

Finally, a drug-releasing component in the implant should release neuro-transmitting drugs to the injured tissue to reanimate nerve cells.

Human trials could start as soon as June at the Gait Platform of the University Hospital of Lausanne, Switzerland. The full study can be found at the source link below, with a video explaining the technology also following below.