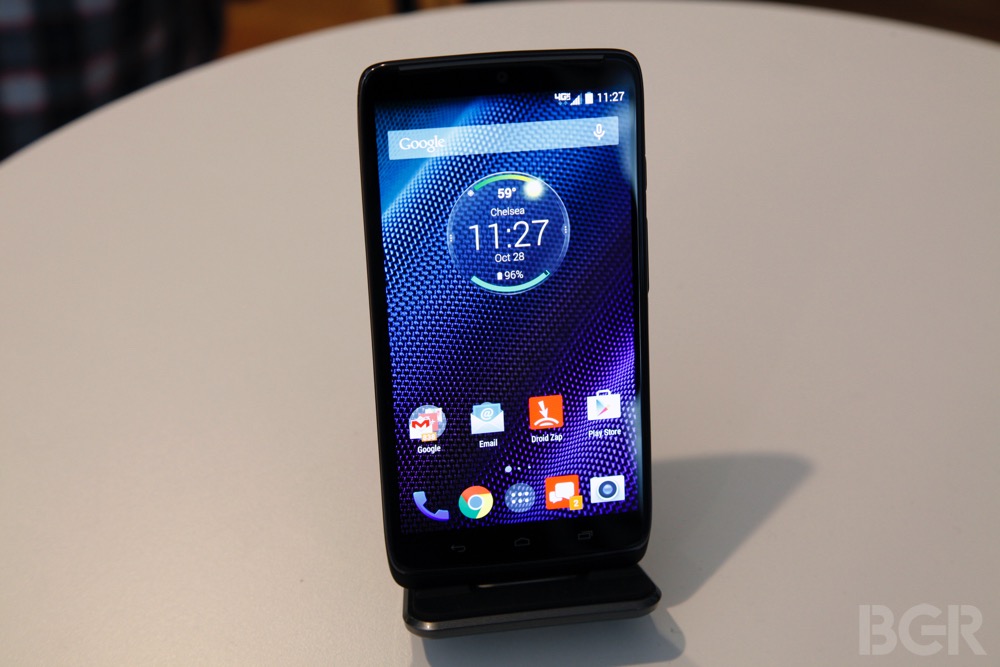 This week, Verizon Wireless unveiled the Droid Turbo, a carrier exclusive from Motorola with an impressive spec sheet to rival the best Android smartphones on the market. We had a chance to get our hands on this surprising addition to Motorola’s holiday slate on Tuesday, but if that wasn’t enough for you, Verizon has uploaded a series of videos highlighting some of the features of the Droid Turbo as well.

FROM EARLIER: Motorola and Verizon unleash the Droid Turbo, a big new phone with specs to die for

It will still be at least a few days before we have a chance to post our full review of the phone, but if you want to see the Droid Turbo in action, these five short feature videos should tide you over in the meantime.

Motorola’s Droid Turbo will be available exclusively for Verizon customers in the U.S. on October 30th, starting at $199.99 for the 32GB model.