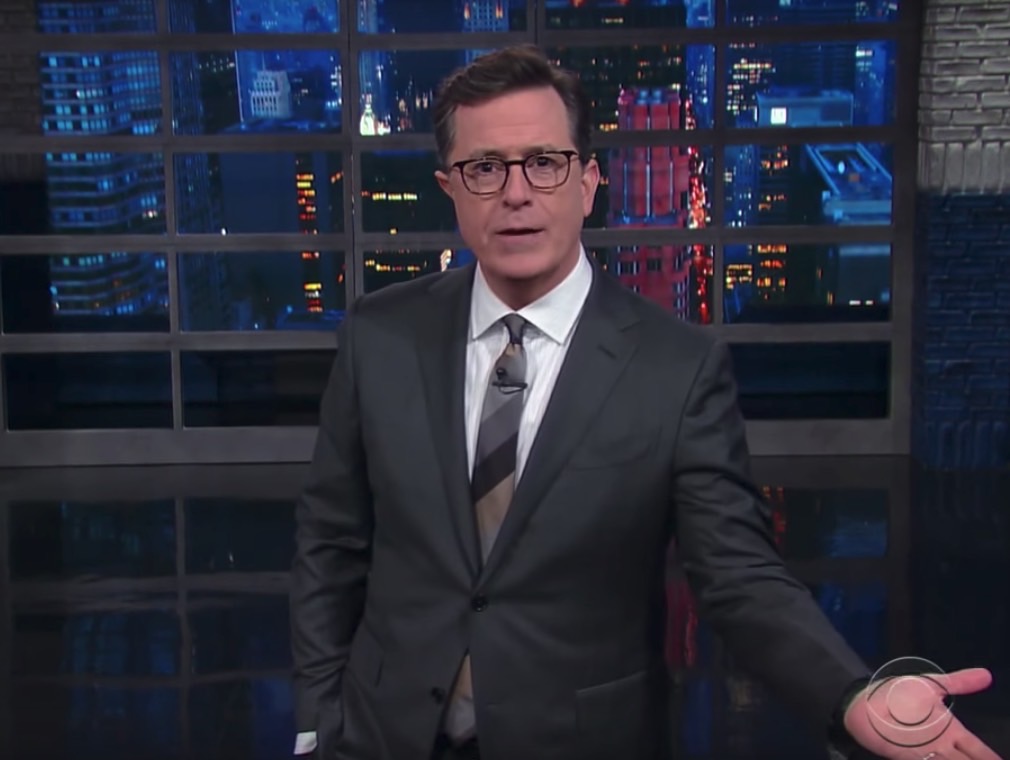 Stephen Colbert has been going after Donald Trump pretty hard in recent weeks. Just a few short days after Colbert garnered headlines for describing Trump’s relationship with Vladimir Putin in explicit terms, Colbert was at it again yesterday, this time poking fun at the bizarre and controversial circumstances surrounding Trump’s firing of FBI director James Comey.

“Comey found out he was fired during a meeting when a television in the background flashed the news,” Colbert said. “Now that’s certainly on-brand because firing people on TV is Trump’s qualification for being President.”

“Of course, that wasn’t the end of it,” Colbert continued. Colbert next highlighted a letter Trump wrote to Comey which reads in part:

While I greatly appreciate you informing me, on three separate occasions, that I am not under investigation, I nevertheless concur with the judgement of the Department of Justice that you are not able to effectively lead the Bureau.

All in all, Colbert went in hard against Trump for a solid 10+ minutes during last night’s taping.

Trump, though, never one to back down from a confrontation, recently blasted Colbert during an interview with TIME, calling the Second City-trained comedian a “no-talent guy” and “filthy.” Trump’s remarks were specifically made in reference to Colbert’s remarks regarding Trump and Putin.

You see a no-talent guy like Colbert. There’s nothing funny about what he says. And what he says is filthy. And you have kids watching. And it only builds up my base. It only helps me, people like him. The guy was dying. By the way they were going to take him off television, then he started attacking me and he started doing better. But his show was dying. I’ve done his show. … But when I did his show, which by the way was very highly rated. It was high—highest rating. The highest rating he’s ever had.

And to think, we have all this drama to digest and we’re just about 120 days into Trump’s Presidency.