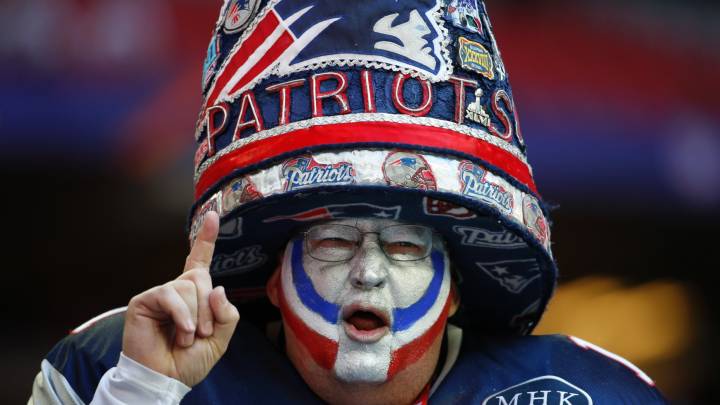 Listening to sports talk radio in Boston this week has been a hilarious and surreal experience. Even though I’ve long been a Patriots fan myself, I also do my best to keep at least one foot firmly planted somewhere in reality. And that reality tells me, despite whatever Patriotic biases I might have, that Patriots quarterback Tom Brady most likely has been cheating for years. It goes without saying that most of my fellow Patriots fans don’t agree and they’ve been vigorously protesting the star QB’s four-game suspension.

Before we get any further, I should say I 100% sympathize with Patriots fans who think most of America is making much too big a deal out of this entire scandal. Whenever someone talks about how the NFL must “preserve the integrity of the game,” I bust out laughing.

The NFL has always been a league full of cheats and scoundrels. The great Steelers dynasties of the 1970s were all loaded up with steroid users. Jerry Rice, the best wide receiver to play the game, used the banned substance stickum on his gloves to help him better catch passes. The entire Denver Broncos offensive line in the 1990s used to slather themselves in vaseline to make it harder for defenders to grip them. The New Orleans Saints were busted for having a bounty program in which players were given extra cash if they critically hurt key players and knocked them out of games.

And those are just the teams that cheated and won championships — loser clubs like the Cleveland Browns have been caught cheating and nobody even cares because it hasn’t helped them win anything except top 10 picks in the NFL draft that they inevitably waste on horrible players.

That said, there’s something particularly hilarious about the way that Brady cheated in that he decided to break the rules in the least masculine way imaginable. Instead of taking illegal drugs to make himself stronger or trying to deliberately injure players to knock them out of games, Brady intentionally deflated his own balls because he wanted them to feel softer in his hands. In all my life as a sports fan, I can’t recall a scandal that has lent itself so easily to jokes.

At any rate, the sheer hilarity of this scandal has driven Pats fans into deep denial and has made them behave in ways that are shockingly stupid, even by the sub-amoeba mental standards of the average NFL fan. Here, then, are the three stupidest responses to the “Deflategate” verdict I’ve seen so far.

No. 3: “The hate us ’cause they ain’t us!” This is a familiar rallying cry by Patriots fans who think the entire league is just out to get them out of sheer jealousy. The Boston Herald best catered to this meathead mentality in its cover this morning when it rhetorically asked why the rest of America hated the Patriots while also showing a photo of the team’s four Lombardi trophies.

It’s true that if the Patriots had gone 4-12 last year, no one would care about them illegally tampering with footballs. It’s also the case that there probably is a lot of jealousy surrounding Tom Brady, who leads a life so charmed that he makes Richie Rich look like Little Orphan Annie.

That said, the intensity of the hatred wouldn’t be nearly this high if the team hadn’t now twice been busted in significant cheating scandals in the same years that they also went to Super Bowls. If the roles were reversed and the Colts or Ravens had gotten busted for cheating the same years they went to the Super Bowl, Patriots fans would be just as up in arms about it as the rest of the country is right now.

No. 2: Patriots fans get arrested while protesting Brady’s suspension. Yes, this really happened:

To protest Brady’s suspension, some of the crew of the Boston-based blog Barstool Sports decided to walk into the lobby of the NFL’s league office in New York and handcuff themselves to protest the grave injustices that have been thrust upon their favorite player. The fans then spent the night in jail before emerging triumphantly this morning after having successfully scored a victory for boneheads across the world.

These guys probably are going to get the last laugh, however, because the publicity stunt has apparently helped them sell a ton of the “Free Brady” shirts they made to protest Brady’s suspension.

No. 1: Patriots fans donate $14,500 (and counting!) to pay the team’s $1 million fine: I wrote about this yesterday but it still makes my jaw drop. More than 1,000 Patriots fans have donated close to $15,000 so far to help the Patriots pay off the $1 million fine that the team got hit with as part of its punishment for using under-inflated footballs.

Yes, you read that correctly: People who already give the Patriots money every year by buying their merchandise and going to their games want to give them even more to pay off a fine that the team’s $4 billion owner could pay off on his own without breaking a sweat. The highest individual donation so far was for $500 while several other donors broke the $100 barrier. Many fans donated $12 because, in case you don’t know, 12 also happens to be Brady’s jersey number.

While some of the smaller donations were clearly from trolls, others seemed quite sincere. One angry fan explained that he donated “out of a sense of powerlessness in the face of autocratic evil.”

At any rate, there have been plenty of Patriots fans acting like drooling goobers all week. If there’s one redeeming thing about this, it’s that they still haven’t done anything as revolting as the Ray Rice support rally that Baltimore Ravens fans conducted last fall after video emerged of the former NFL running back slugging his wife in an elevator. Sadly, however, that’s a very low bar to have to cross.