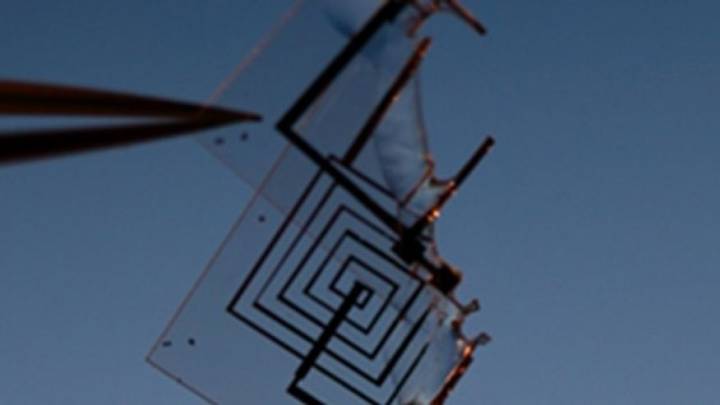 One of the big challenges when fighting a battle is all the equipment left behind that could end up in the hands of an enemy.

Well, DARPA, a research agency of the Department of Defense, may have come up with a solution. It is testing out a flock of small, single-use, unpowered vehicles delivering critical supplies like food or medicine that literally disappear after being dropped from an aircraft.

Related: The Invisible Man Kit: For $20,000, you can disappear completely

Building on its two-year-old Vanishing Programmable Resources (VAPR) program, DARPA recently launched the Inbound, Controlled, Air-Releasable, Unrecoverable Systems (ICARUS) program to test several materials which have this vanishing potential. Among them are the use of small polymer panels in the vehicles that shift from a solid phase to a gas phase, and electronics-bearing glass strips with high-stress inner anatomies that can be readily triggered to shatter into ultra-fine particles after use.

“Our partners in the VAPR program are developing a lot of structurally sound transient materials whose mechanical properties have exceeded our expectations,” said Troy Olsson, the program manager of VAPR and ICARUS, in a statement. The ICARUS program is set to run 26 months and has a budget of $8 million.

“With the progress made in VAPR, it became plausible to imagine building larger, more robust structures using these materials for an even wider array of applications. And that led to the question, ‘What sorts of things would be even more useful if they disappeared right after we used them?’” Olsson said. “In discussions with colleagues, we were able to identify a capability gap that we decided was worth trying to close.”

Along with preventing equipment getting into hostile hands, disappearing vehicles could be a boon for relief operations in tsunami or earthquake zonesand limit the amount of supplies that troops would have to take into battle.

“Vanishing delivery vehicles could extend military and civilian operational capabilities in extenuating circumstances where currently there is no means to provide additional support,” Olsson said.