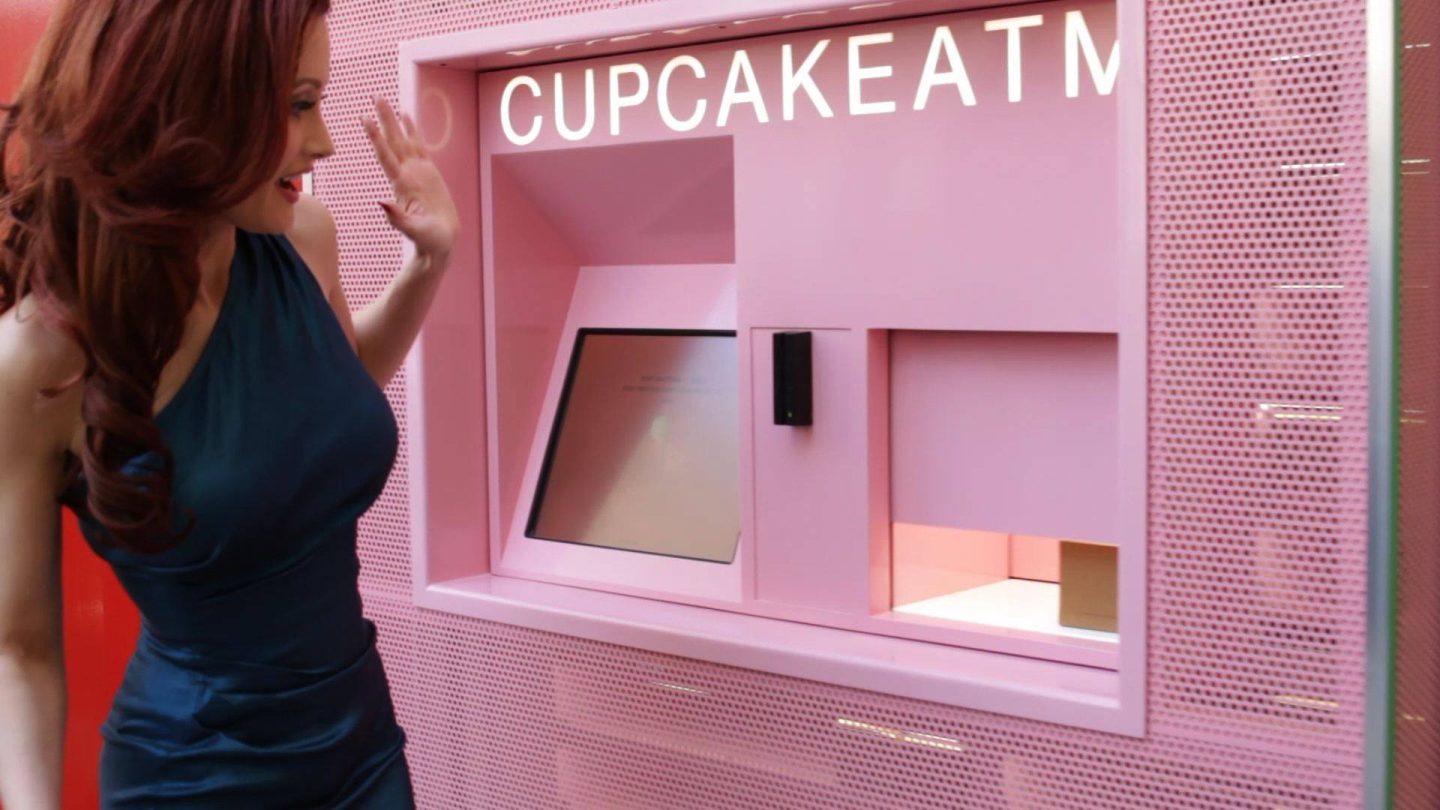 Is a 3D chocolate printer too rich for your blood? If so then Sprinkles Cupcakes has a slightly cheaper way to satisfy your sweet tooth with technology. Per AdWeek, it seems that Sprinkles has launched a Cupcake ATM in New York City that will dispense boxed cupcakes to you for $4.25 a pop. The ATM can hold an impressive 760 cupcakes at one time and features several popular flavors including red velvet, Cuban coffee, banana dark chocolate and cinnamon sugar, AdWeek says. For Sprinkles’ sake, however, we hope that the company has upgraded its Cupcake ATMs around the country from Windows XP, or else it could see hackers easily swiping all of its delicious treats once Microsoft ends support for the platform next month.