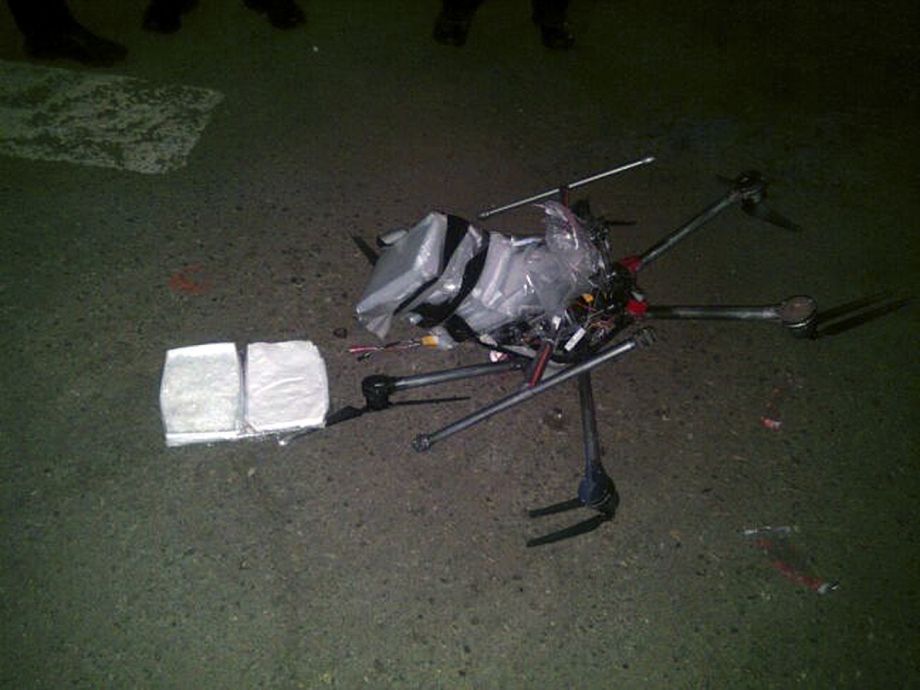 No, this isn’t a scenario from the upcoming Breaking Bad spinoff Better Caul Saul, though it does involve crystal meth. Specifically, more than six pounds of the illegal substance, or around 3 kilos, were found near the crash site of a drone, which was believed to be attempting to carry the load over the Mexican border and into California.

FROM EARLIER: Watch the full trailer for Better Call Saul, the prequel to Breaking Bad

According to an Associated Press report, police believe the drone crashed into a supermarket parking lot because it was overloaded, holding much more methamphetamine that it could carry.

It’s not clear at this time who was piloting the drone, though police are investigating the matter.

This isn’t the first time drug smugglers have looked to drones when trying to send drugs across the border, and they’ve also used other out-of-the-box means of helping them smuggling banned substances.

The publication mentions other “innovative efforts” for drug trafficking, including catapults, ultralight aircraft and tunnels.

But smugglers aren’t using drones only to move product across the border. In April, authorities in South Carolina found a drone outside of a prison that had been carrying phones, marijuana and tobacco.

An image showing the crashed drone carrying crystal meth can be seen above. Meanwhile, Better Call Saul debuts on February 8th on AMC, with a trailer for the show available here.