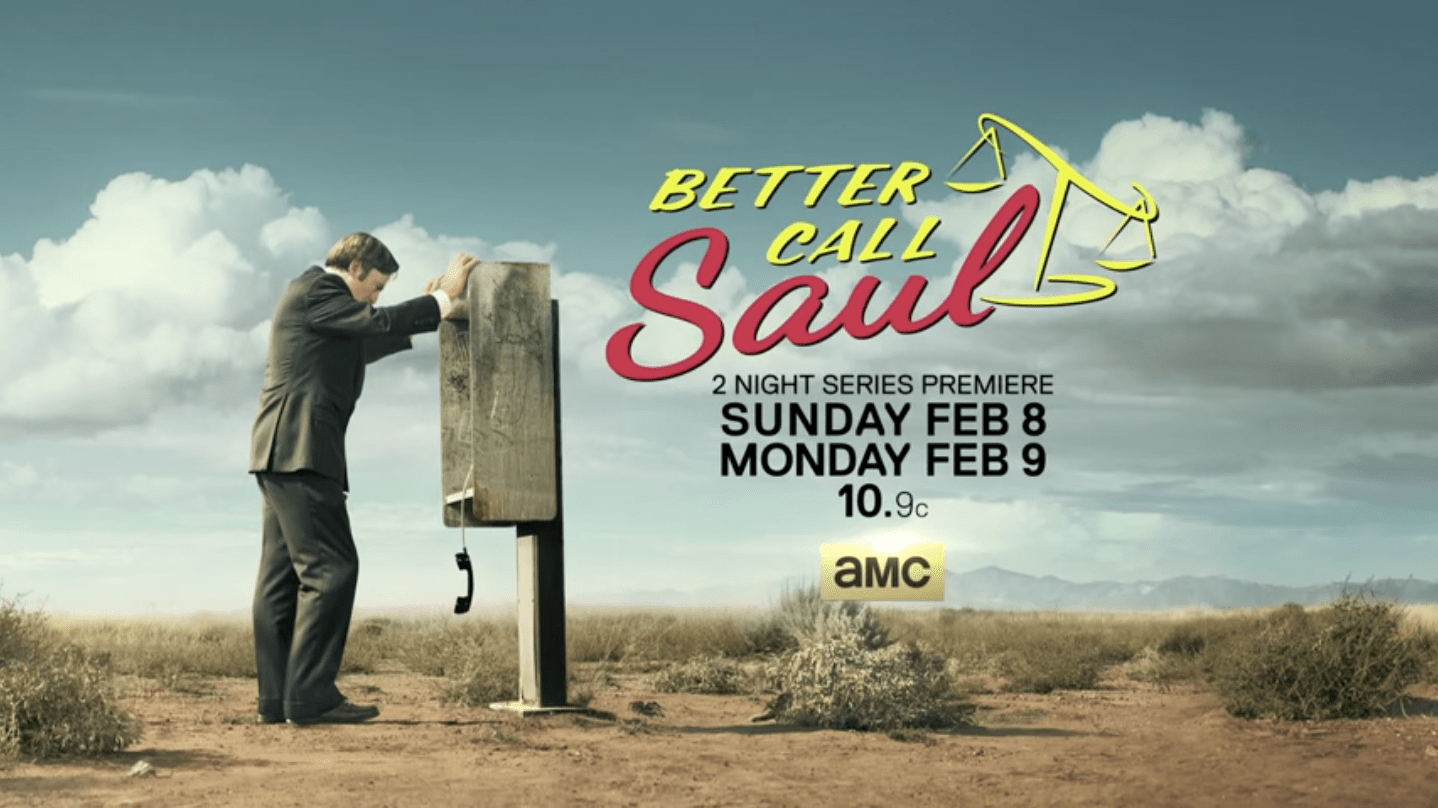 Breaking Bad might have ended (rather emphatically) in 2013, but there’s still another story that needs to be told. On February 8th at 10 p.m. ET, Better Call Saul will premiere on AMC. The spin-off series will follow sleazy lawyer Saul Goodman (né James McGill) in the years before he became wrapped up with Walter White and Jesse Pinkman.

We’ve seen a few snippets of the show previously, but this is the first full-length trailer to make its way online. In the trailer, we get feel for just how treacherous Goodman’s life as an attorney has been in the years preceding Breaking Bad.

There’s at least one familiar face in the trailer as well, but we’ll have to wait until the show airs to find out whether or not creator Vince Gilligan and his writing team were able to find a way to fit Walter and Jesse into the story.

The two-night series premiere airs on February 8th and February 9th at 10 p.m. ET. Watch the full trailer below: