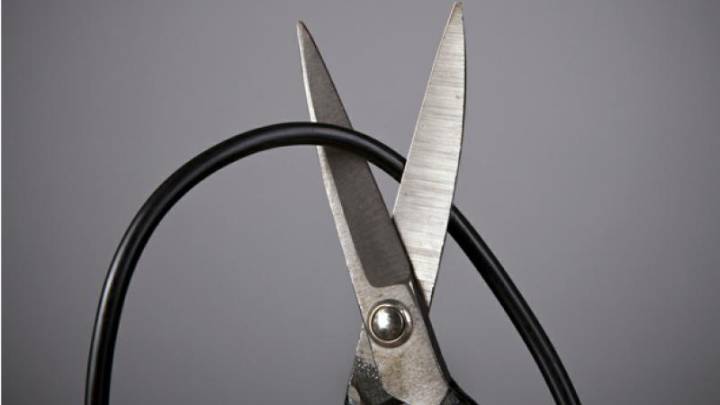 Cable companies love to call cord cutters an overhyped myth, but now these supposedly phantom TV fans are hurting the pay TV industry where it matters most. A new report in Nasdaq.com explains that major media companies have been taking a beating in their most recent earnings reports, which has spawned fears among investors that cord cutting is an irreversible trend that will permanently dent content providers’ ability to post ever-increasing profits.

RELATED: With cord cutting on the rise, TV networks are trying to save TV by ruining TV

Surveying the damage, shares of Time Warner, Inc. fell by 9% on Wednesday, Discovery Communications Inc. shares fell by 12%, 21st Century Fox shares fell by 7%, Viacom by 7.5%, and Disney by 9.2%. All told, yesterday was a major bloodbath for pay TV stocks and even the most bullish cable analysts can no longer deny cord cutting’s impact on the industry.

What’s really driving these sell offs is the realization that content providers will no longer be able to keep jacking up rates they charge cable companies for the rights to broadcast their content. This downward pressure on licensing prices is coming both from over-the-top streaming services such as Netflix and Hulu, and also from cable companies that are pushing content providers to accept “skinny” bundles that offer consumers cheaper monthly rates for more tightly focused packages of channels.

“I was shocked at how far the ratings across the board have fallen this spring, and you can’t really explain that easily. It’s not just Netflix, ” former DirecTV CEO Mike White told Nasdaq.com. “It’s clear that the millennial generation is having an impact, and every media company is trying to figure out how to connect with them.”

In a related note, a new Bloomberg report notes that Dish has been oddly silent about subscriber numbers for its Sling TV online streaming service, despite the fact that analysts are projecting it has a very respectable 300,000 subscribers since its launch. Bloomberg speculates that Dish may be worried that it’s losing more traditional pay TV subscribers than it’s gaining Sling TV subscribers.

“Sling costs $20 a month, far less than the $84 paid by the average Dish customer,” Bloomberg explains. “As Sling become a bigger proportion of the company’s overall consumer base, the average payment will continue to decline.”

Nonetheless, the popularity of such streaming services among younger people suggests that the cat is already out of the bag. Major media companies may hate it, but the days of insanely priced cable bundles are coming to a close.