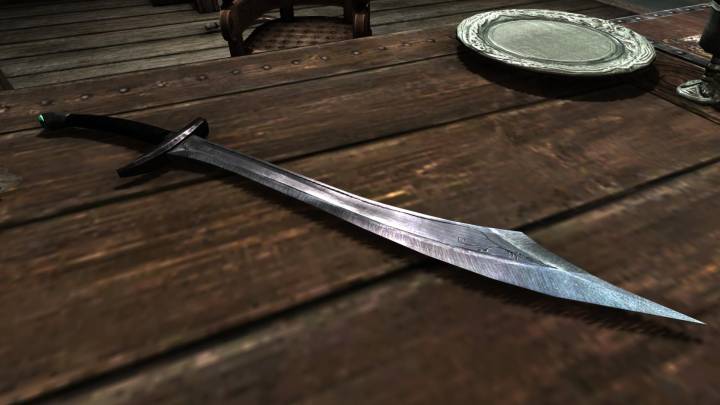 If you were going to rob a convenience store, you’d probably want to do so with a weapon capable of intimidating the store clerk into handing over all the money in the register. A pair of recent would-be robbers in Pittsburgh thought that brandishing a big knife that measured in at over a foot long would be enough to do the trick… but they didn’t count on the store’s clerk having a massive scimitar of his own behind the counter.

A report from Pittsburgh station WPXI explains that two robbers entered into the Perry Market convenience store in Pittsburgh late on Friday night and threatened the store’s cashier. The cashier responded by pulling out a scimitar and chasing them out of the store. The unidentified crooks apparently wanted no part of this giant weapon as they belatedly realized they’d chosen the wrong convenience store to pick on.

“I just want to give a message to [the robbers]: Don’t try this. You can have money in a better way. Not this,” M.C. Hydare, the cashier’s brother, told WPXI. “Please stay away. Go and find work somewhere.”

The security camera footage of the incident is absolutely hilarious as the two robbers really think they’re being tough and scary before running away in terror when they realize they’ve made a huge mistake. Check out the whole video below.