Video: Forget smartphones and NFC, ‘Coin’ is the future of payments 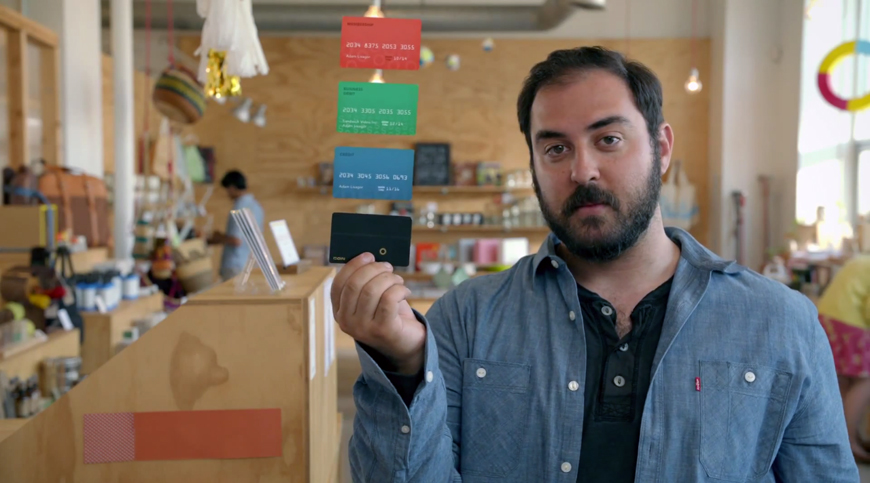 Companies are trying as hard as they can to convince us that smartphone-based payment systems are the future, but we have seen little thus far to convince us that this new technology will break out anytime soon. Tap-to-pay smartphone solutions require retailers to update their point of sale (POS) terminals, and mobile payment solutions providers are having trouble coming up with a solid system that works across platforms. On top of everything else, people haven’t yet shown that they’re comfortable replacing standard credit cards with a smartphone-based solution. But what if there were a middle ground? What if an innovative solution came along that required no new POS equipment and could instantly be used anywhere credit cards are accepted? What if that solution looked as familiar as a credit card but still let users empty their wallets of all current credit cards, debit cards, gift cards and membership cards? One San Francisco-based startup is now looking to make this seemingly impossible middle ground a reality.

Y Combinator-backed Coin is a company on a mission: Remove “mobile” from mobile payment solutions.

Coin has developed a like-named device that is precisely the same size as a credit card. It even looks like a credit card. But this is a card like no other — one Coin device can replace every single credit card, debit card, gift card and membership card you carry. Here’s how it works:

The Coin is actually a tiny computer that stores the data from all of your cards internally. It also features a magnetic strip like a normal credit card, except this particular strip can be edited on the fly. The user simply cycles through his or her various credit and debit cards by tapping a button on the Coin, selects the appropriate card, and then hands it over to the retailer to be swiped.

Storing your card information in Coin is also quite simple. The device ships with an accompanying smartphone accessory that looks a lot like the Square mobile credit card reader. Attach the reader to your phone, swipe your card, take a photo of the card to help distinguish each account in Coin’s app, and you’re good to go.

Since selecting which card you want to use on the Coin involves tapping a button on the device, I also asked what might prevent a waiter or waitress, for example, from accidentally tapping the button again and switching the card before swiping it. “The button is intentionally designed to activate when a small amount of force is applied directly on top of the button,” the Coin spokesperson said. “This means that if someone sits on a Coin or holds a Coin (with button under their grasp), it will not accidentally activate the button.”

The Coin includes a few other nifty features worth noting. For one thing, the unit includes an integrated Bluetooth Low Energy transmitter. Users can pair it with their smartphones and if the two devices separate, an alert will sound on the phone so the card doesn’t accidentally get left behind.

Coins also never need to be charged. The battery in the device lasts for two years and then the unit is replaced with a new one. “When [the] two-year limit is reached, there will be an upgrade path to a new Coin,” Coin CEO Kanishk Parashar told BGR, though the cost of the upgrade remains unclear.

Here’s a video of the Coin in action — you should definitely watch it to get a good idea of how intriguing this product is:

All this great news comes with a big caveat — Coin is not yet ready for primetime.

The company is launching a crowd-funding campaign in an effort to raise $50,000 and fund the first run of devices, and Coin says it expects to release the innovative payment solution sometime this coming summer. During this initial crowd-funding stage, the Coin will cost only $50 to early backers. Once it launches, it will retail for $100.

Preorders are available immediately and more info can be found on Coin’s website, which is linked below in our source section. There are also answers to plenty of important questions in the site’s FAQ section, including this playful gem: