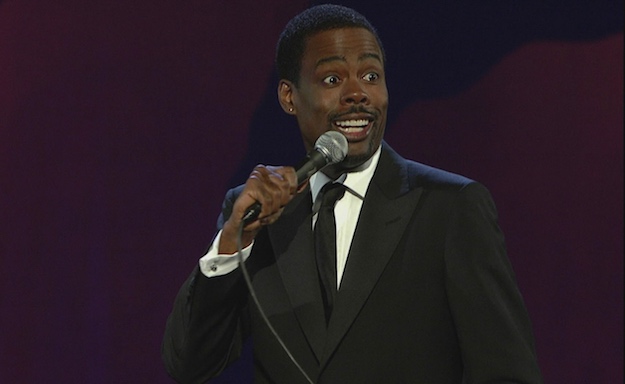 According to a new report from The Information, Apple over the last few months held talks with Chris Rock’s management team about bringing exclusive new material from the famed comedian to the Apple ecosystem. The negotiations ultimately fell through, with Netflix ultimately swooping in and signing Rock to a record-setting deal worth $40 million for two new specials.

According to the report, Apple is wary of getting into bidding wars with companies like Netflix, Hulu and Amazon over original content. Instead, Apple has curiously signaled its intention to sign off on content that no one is really excited about. In addition to a reality show based on app development, Apple this past July also purchased the rights to James Corden’s “Carpool Karoke” bit from late-night TV.

In effect, Apple’s strategy in the TV space isn’t much of a strategy at all, and as we highlighted just a few weeks ago, Apple’s lack of vision and leadership in this area is dumbfounding and embarrassing.

All the while, Apple seems more than happy to strike deals for exclusive launch windows for movies, such as Michael Moore’s upcoming documentary Trumpland.

Apple got the right to offer “TrumpLand” on iTunes earlier than other online video services, in exchange for prominently promoting it on the iTunes homepage, according to a person involved in the discussions. Having Apple’s promotional commitment is significant enough to help get a movie financed, this person said.

One would think that Apple would have learned by now, given its experience with Apple Music, that exclusive launch windows for content that can eventually be found elsewhere falls far short of being a competitive advantage.

Reading that Apple contemplated inking a deal with Chris Rock before letting the deal slip through its fingers is disappointing. There are few names in the entertainment industry capable of bringing in an avalanche of eyeballs. Chris Rock is one of those names, and the fact that Apple, a company not hurting for cash, is wary of getting into a bidding war for A-level content is indicative of a company with no real direction in the TV space.