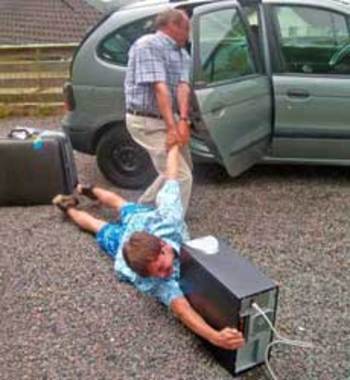 If you’re between the ages of 14 and 22, are addicted to video games and porn…oh, and are Chinese, some pretty interesting legislation could be coming your way. According to China Daily, a new summer camp for that age group is being tested with 40 youngsters in an attempt to rid them of their addiction. The treatment will be a softer version of the Addiction Treatment Centre in Beijing, which utilizes military drills. But their aim is to treat many of the same symptoms, including depression, fear, unwillingness to interact with others, panic and agitation. The Chinese government has been thrown into panic mode lately, with high-profile internet crimes taking center stage, causing them to ban new Internet cafes and restrict minors from entering current ones with volunteer groups that patrol the streets. In other words, it’s like the Meth problem we have here in the States…only they get to keep their teeth.