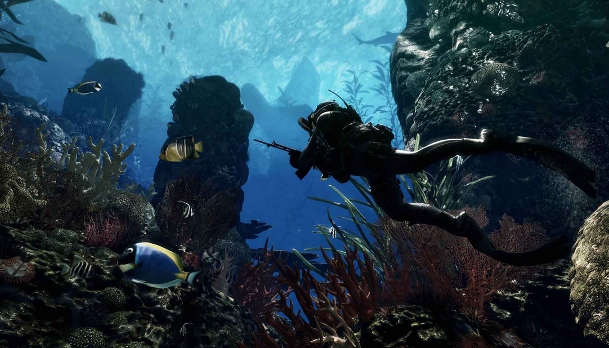 Remember back in September when Grand Theft Auto V sold so many copies that it started breaking world records? Well, the former king of sales refuses to go down without a fight, and thus it comes as no surprise that Activision sold $1 billion worth of Call of Duty: Ghosts into retail stores all over the world on day one. Activision has not announced actual consumer sales figures yet, but signs point to Ghosts being the biggest game release of the holidays, especially considering the PS4 and Xbox One versions have yet to hit stores. The new Call of Duty swiftly took the top spot as the most played game on Xbox Live after its midnight release at 15,000 locations on Tuesday, and average play sessions are lasting longer than either of the previous two Call of Duty games in the same time frame. Activision’s full press release follows below.

Activision Sells More Than $1 Billion of Call of Duty®: Ghosts into Retail Worldwide as of Day One

Call of Duty: Ghosts is Gamestop’s Most-Preordered Next Gen Title

Call of Duty: Ghosts Takes over the #1 Spot on Xbox Live

“Call of Duty is by far the largest console franchise of this generation,” said Bobby Kotick, CEO of Activision Blizzard. “More people have played Call of Duty this year than ever before, logging four billion hours of gameplay. And in the last 12 months,Call of Duty®: Black Ops II, including its digital content, generated more revenues than any other console game ever has in a single year. Although it is too early to assess sell-through for Call of Duty: Ghosts, it’s launching a ta time when the franchise has never been more popular.”

Millions of people are already playing Call of Duty: Ghosts online. Since its release yesterday, Call of Duty: Ghosts has moved to the #1 spot as the most played game on Xbox Live, according to Microsoft. Additionally, Activision confirmed that on the Xbox 360 videogames and entertainment system from Microsoft, average player sessions forGhosts have been longer than either Black Ops II or Call of Duty®:Modern Warfare® 3, during the same time period.

“Ghosts is an amazing game which ushers in the next generation of Call of Duty. The team at Infinity Ward has delivered yet another epic thrill ride in the campaign, and what I think is our best multiplayer game yet,” said Eric Hirshberg, CEO of Activision Publishing. “This is the must have launch title for the next generation of consoles, and we expect Call of Duty: Ghosts to be the most successful launch title for the Xbox One and PS4 by a wide margin. In fact, according to GameStop, Call of Duty: Ghosts is their most pre-reserved next gen title.”