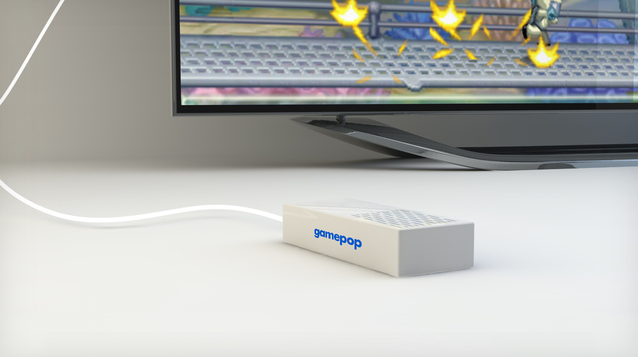 BlueStacks on Friday announced a second Android-powered gaming system known as the GamePop mini, despite the fact that it hasn’t even launched its first console yet. The mini version will be available for free with a required 12-month subscription fee, which gives it “access to over $200 in paid games.” BlueStacks didn’t discuss any specs for the GamePop mini, confirming only that the system is powered by Android 4.2 Jelly Bean. The $6.99 monthly fee is required for the console to be used and canceling a subscription before the 12-month period is complete will result in a $25 restocking fee. BlueStacks previously announced a larger Android-powered console that can be had for $129. The GamePop mini will be available for preorder beginning July 1st, and the company’s press release follows below.

“We have always planned on having a free console option,” said BlueStacks CEO, Rosen Sharma. “The biggest value of the GamePop service is its content – not the box. Hardware costs have come down so fast that we’re able to undercut the rest of the market. With the free promotion we’ve been doing in June we’re already seeing a ton of adoption. That volume then attracts more developers and therefore more and better content. It’s building momentum.”

In addition to announcing a lineup of several popular Google Top Developers, BlueStacks also came out with its “Looking Glass” technology earlier this month. Looking Glass will allow iOS-only developers to easily launch on GamePop. Titles such as iOS’s first major franchise the Fieldrunners series will be able to come to TVs this way.

“We want to make things as easy as possible for app developers to come on board,” said Ben Armstrong of the company’s developer relations team. “There is a virtuous circle between great content and volume that we’re having a lot of early success jumpstarting that so far. The launch titles a service comes with are critical.” Pre-orders went on sale May 9 for GamePop at Gamepop.tv and while not releasing specific numbers, the company reports they are stronger than expected. The free promotion for the GamePop console will end June 30, when it will go back to its regular price of $129. The GamePop Mini will be available for pre-order July 1. It is slated to ship this winter.