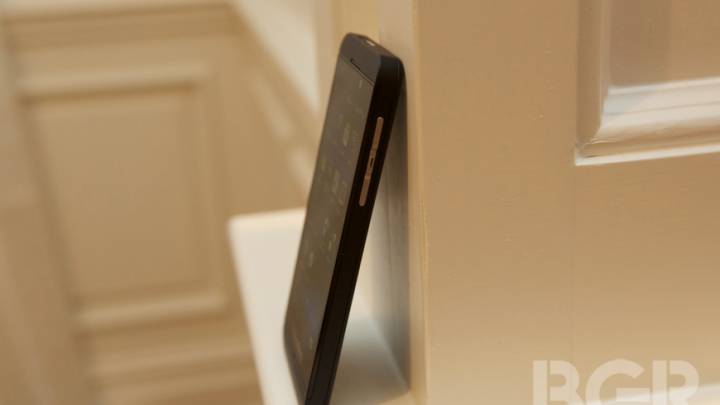 BlackBerry’s (BBRY) share price is soared on Monday afternoon, goosed by new brokerage comments on early BlackBerry Z10 sales in the United Kingdom. It’s possible that a short squeeze may be developing after last week’s share price decline. The problem with estimating handset sales volumes, of course, is that it is usually impossible. And with BlackBerry, there is the added complication of trying to evaluate changes in the subscriber base. The most tangible recent example of problems with phone volume estimates was Apple’s (AAPL) recent Christmas quarter. The very same Jefferies analyst that is now making pronouncements about BlackBerry Z10 demand wrote last month that the iPhone volume for the Christmas quarter would be 53 million units. Apple ended up selling 47.9 million iPhones in the holiday quarter and that 5.1 million unit miss had huge implications for Apple’s share price.

Different handset vendors present different challenges. With Apple, it is really hard to get a grip on the number of iPhones Apple sells through its own retail stores and the Apple website. Normal retail chain checks can be highly misleading. With Nokia (NOK), the Latin American and African operators placing big but infrequent orders arbitrarily in random quarters, producing a substantial volume surprise at least once a year — as well as a miss or two.

With BlackBerry, there are now two thorny issues.

The first issue is that Z10 demand during the first week or month could be coming from hardcore fans that have been waiting for the new OS for two years. The unusually long period of anticipation for BlackBerry 10 phones has created an unusual level of pent-up demand. Does this last a week, a month or a quarter? Or does it morph into a general wave of enthusiasm among regular consumers? The first-week sales of the iPhone 5 seemed to have been rock solid; yet Apple ended up missing Wall Street’s quarterly volume consensus by a mile.

The second issue is that BlackBerry subscriber base shrank by 2 million people during the November quarter. A big problem here was the slowing demand for low-end Curve models in South Africa, Nigeria, Malaysia, Indonesia and the Philippines. The expensive Bold device sales in emerging markets started missing company expectations two years ago when cheap Android QWERTY phones started a triumphant expansion.

The challenge for doing February quarter estimate lies in trying to figure out how many new subscribers the Z10 adds to the BlackBerry subscriber base — and whether it might slow down the existing subscriber flight meaningfully.

BlackBerry might sell 200,000 Z10 units in the UK in the February quarter, which would be robust performance. But the bigger question is what happens to the global subscriber base during the time period; does the Z10 buzz slow down defections in markets where new devices have not launched? Or are the expensive first-wave BlackBerry models meaningless for the emerging market consumers, who may not see a sub-$300 BlackBerry phone until next winter? This is where the key to estimating BlackBerry’s subscriber base trend lies.

And this is why the BlackBerry’s Z10’s first-weekend sell-outs at Vodafone stores in Leeds and Bournemouth is fiendishly difficult to put in context.

It’s worth remembering that BlackBerry’s big troubles in the winter of 2010/2011 started when the latest high-end Bold model had trouble connecting in emerging markets due to its high price point. If the Z10 and Q10 are too pricey to move the needle in Latin America, Africa and South-East Asia, a lot is now riding on when BlackBerry will finally roll out its cheap QWERTY model.

One open question here is whether investors choose to focus on Z10 and Q10 sales volumes or BlackBerry’s total subscriber base performance in the February and May quarters.[bgr-post-bug]