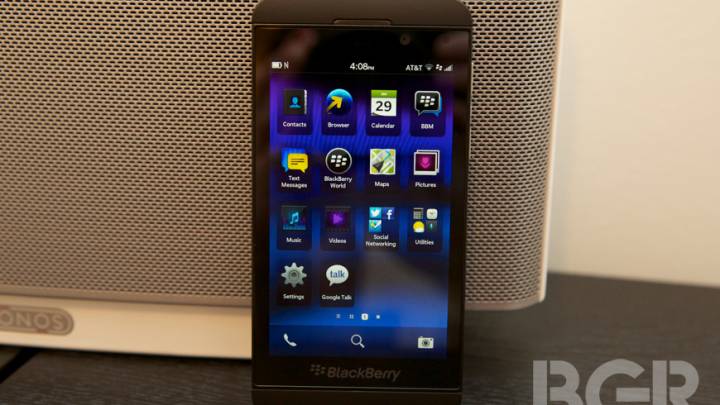 Perhaps the most fascinating feature of Google Trends is the Regional Interest map, which shows relative search volumes across the world. For current key models from both BlackBerry (BBRY) and Nokia (NOK), it’s a grim reminder of how much their bases have narrowed. A Google Trends search for “BlackBerry Z10” and “Lumia 620” is particularly illuminating. These are the most important models for their respective vendors in February. Both phones launched over the past month and both have index levels that are roughly in the same ballpark, with the Z10 at 30 and the Lumia 620 at 18. Over the past 90 days, the BlackBerry Z10 showed search volume strength in its traditional strongholds of Nigeria (49), South Africa (40), Canada (45), Indonesia (25) and India (22). But alarmingly, the United States (7), Brazil (1), Spain (5) and Germany (7) looked ice cold in comparison.

Consumer interest in relatively poor African countries, India and in its home turf in Canada was still there. But consumers in the big, affluent smartphone markets where BlackBerry was gaining ground three years ago have moved on.

Here is the interesting thing: when we move our focus from the 90-day search index to the seven-day index, the map continues to narrowing dramatically. The relative index levels in African countries, Australia and Russia drop to zero, the U.S. drops to 4 and Germany slides to 5. The U.K. — the country where the Z10 first debuted — shows a moderate slide from 35 to 24. It is natural that Z10 buzz is subsiding in the U.K. a few weeks after it debuted there, but it’s strange to see search volumes in other markets drop to such low levels in the third week of February.

The Z10 hasn’t even launched yet in most major markets and search interest is falling, not growing.

But Nokia is also wrestling with a narrowing map problem. Over the past 90 days, search index levels for the Lumia 620 have been robust in Vietnam (100), India (66), Thailand (52) and Finland (44). Nokia’s traditional budget phone strongholds in Russia (14), Brazil (3), France (4), Spain (3) look frighteningly tepid. Interestingly, the Italian index (19) dovetails neatly with Kantar Worldpanel’s claim of that particular country having unusually high Windows Phone market penetration compared to other European countries.

Shortening the search index scope to seven days shows that interest in the Lumia 620 soars to 50 in Turkey, but collapses basically everywhere else other than Vietnam, Thailand and India.

This is not a pattern you would expect to see for Nokia’s most important budget smartphone of the fist half of 2013. Nokia’s forte for the past 20 years has been a broad geographic appeal across Latin America, Africa, Middle East, Europe and South East Asia. Google Trends is not a perfect tool, but it clearly picks up certain fairly nuanced trends (Windows Phone interest in Italy versus Spain, BlackBerry’s appeal in Nigeria versus Kenya, etc.).

Looking at the relative index readings for these crucially important phones from BlackBerry and Nokia, it’s hard to avoid the impression that natural, grass-roots consumer interest is limited. A major marketing campaign (such as the one Nokia is now executing in Turkey) can light up individual countries for a while, but the natural buzz seems dangerously low outside a couple of strongholds.

In contrast, one can only admire the way Samsung’s (005930) Galaxy Note II still lights up double-digit search volume index levels across diverse markets like the U.S., Brazil, France, Spain, Russia, Turkey and Australia. That is what a genuine smartphone hit looks like several months after its launch: Broad geographic balance and global search volume levels that have declined only moderately since December.

Based on these regional search volume trends, BlackBerry and Nokia have particularly steep hills to climb in North America, South America and Africa right now. Let’s see how this fits with their upcoming quarterly reports.[bgr-post-bug]