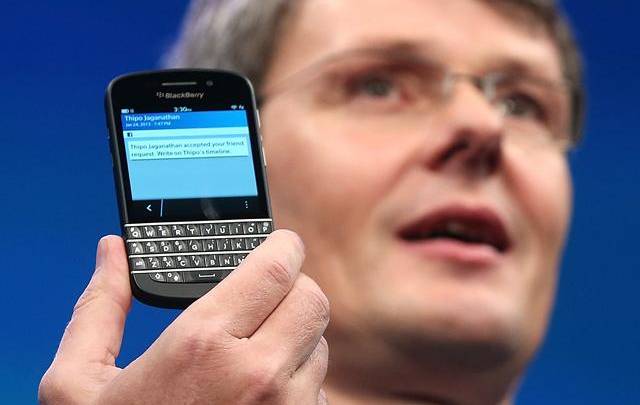 When it comes to golden parachutes, former Nokia CEO Stephen Elop may have nothing on BlackBerry chief Thorsten Heins. Reuters reports that BlackBerry’s board of directors this past spring agreed to triple Heins’ compensation if he lost his job after a sale of the company, going from a package that was worth $18.9 million to a package worth $55.6 million. What makes this particularly interesting is that one of the board members was none other than Fairfax Financial CEO Prem Watsa, who just months later left the board and announced a potential deal to buy out the company for $4.7 billion.

Joe Sorrentino, the managing director at executive pay advisors Steven Hall & Partners, tells Reuters that Watsa’s role in increasing Heins’ compensation just months before he announced his intention to buy the company could draw some scrutiny from regulators.

“Watsa was part of the committee that was negotiating this agreement,” Sorrentino says. “Did he anticipate that he would make some sort of offer to buy the company? I feel like that’s unlikely, but it’s impossible to know… The only concern I would have is since they structured his compensation equity award so that it all is granted at the beginning … it is all getting captured in a change of control golden parachute, as opposed to if they did a more typical process.”

In response to Reuters‘ queries, BlackBerry said that Heins’ compensation package was approved by the entire three-person board and not only by Watsa.