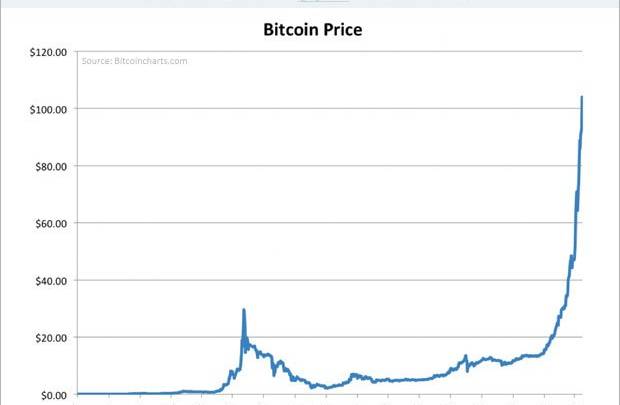 Prices of virtual currency Bitcoin have been absolutely surging lately but one analyst thinks such a rapid rise is more indicative of a bubble than a genuine boom. ConvergEx Group Chief Market Strategist Nick Colas tells Business Insider that the reaction from his clients “has been pretty uniform: it must be a bubble.” Colas goes on to say that the price increase in Bitcoins has been “too far, too fast, too new” and exhibits all the signs of a classic speculative bubble. Colas also notes that “it’s very hard to short Bitcoins, so there’s no real way to express that pessimistic point of view,” which means that the price of the virtual currency may continue to rise until it experiences a hard landing. The price of Bitcoins, which remained at under $20 for all of 2012, has recently spiked to more than $110 over the span of just a few weeks.