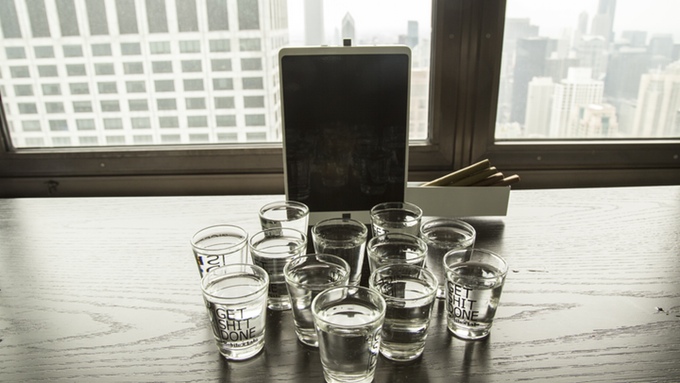 Has your boss ever called you in for a meeting late on a Friday afternoon that you really needed a drink to get you through? If so then you’ll want to check out a new Kickstarter project called StashTab that promises to give you a tech-savvy way to sneak hooch around the office.

You can’t power on the flask and use it as an actual tablet, of course, so you’d better hope your boss doesn’t ask you to hook it up to a monitor and use it to deliver a presentation. Nonetheless, this looks like a cool little accessory to have for those moments when you want to have a sip of vodka without the world thinking you’re a total lush (…even if you are one…).

In addition to serving as a stealth flask, StashPad also features compartments that hold three disposable paper funnel cups and four cigarillos. In all the contraption holds 12 ounces, or four ounces short of a full pint.

The StashTab has already raised over $4,000 as of this writing — it has 29 more days to go to reach its goal of $10,000. StashTab creator Ethan Hou estimates that the project will begin shipping by December 15th, 2015. You need to pledge at least $25 to the Kickstarter to get your own StashTab flask.

Read more about this project by clicking here.