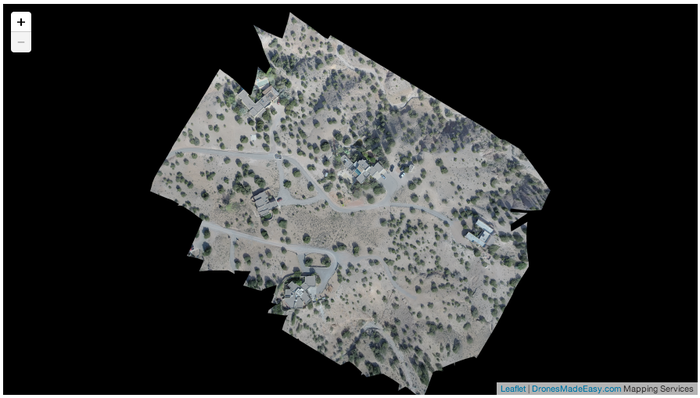 This Kickstarter campaign is for anyone who has ever looked at Google Maps or (especially) Apple Maps and thought: “I could do better than that.” Because with Maps Made Easy, you’re finally going to have that opportunity to make your own maps capable of putting big tech companies to shame. Drones Made Easy, the team behind Maps Made Easy, is working to build a website that will allow users to upload raw images captured during a drone’s flight and process them into high quality stitched images that fit seamlessly together to build interactive photo maps, like the ones you see on Google.

Aerial mapping has traditionally been a very expensive endeavor, but with Maps Made Easy, all you need is a drone, which have become increasingly affordable in recent months. Once you’ve captured the raw images on your own, you can import them to site, which uses a point system to manage the complexity of each individual map. Incredibly, the maps can be “up to 20 times the resolution of Google Maps” as well.

Free subscriptions will be available for enthusiasts or anyone who only plans to use a limited number of points every month, but surveyors, farmers and managers of large swathes of land will probably opt for a paid subscription. Either way, if you plan on using the site with any frequency, the drone and the subscription will pay for themselves rather quickly when you consider how expensive it can be to hire a service.

The campaign is currently sitting at just under $23,000 at the time of writing, but they need $30,000 to move on with the project. Drones Made Easy has already invested more than $100,000 into software development — this final contribution should put them in a position to finish Maps Made Easy once and for all. Watch the video for the campaign below and check out the campaign site in the source link for more information: