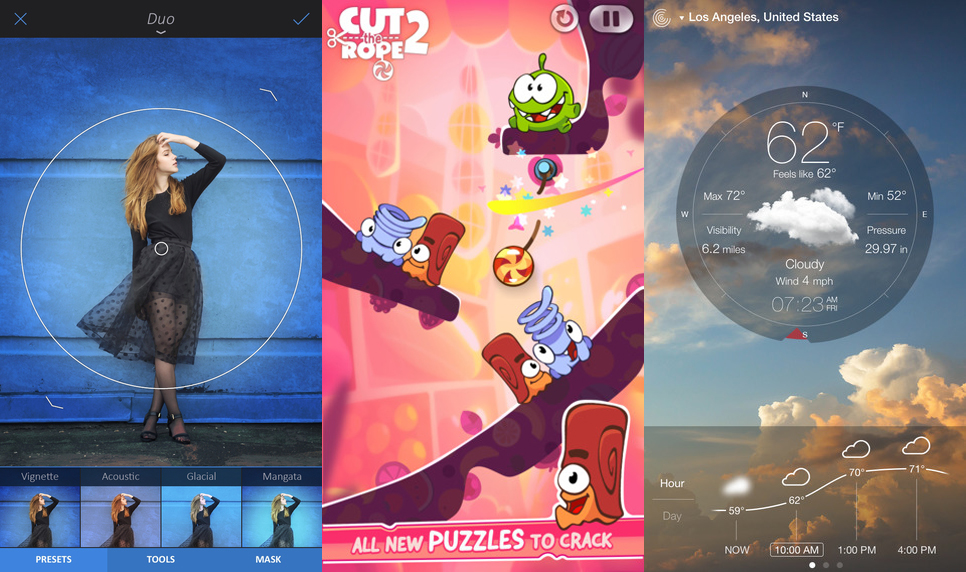 Each and every day, we alert our readers to a selection of apps from the App Store that are free to download for a limited amount of time, but the official promotions run by Apple are rarely interesting enough to deserve a post of their own. This week is different though, as Apple has put 25 great apps and games on sale for $0.99 a piece, and we figured we’d highlight a few of the best.

One of the most popular photo editing apps on the App Store. 80% off its original price of $4.99.

A neat clock and weather app that presents a live 3D simulation of the planet. Normally $2.99.

One of the best iOS games in recent memory. An endless runner with gorgeous visuals and spot-on controls. Normally $1.99.

A noir puzzle game where you change the story by sliding comic book panels around the screen. Normally $4.99.

These deals won’t last forever, so act fact — and be sure to check back every day for more great deals from the App Store.