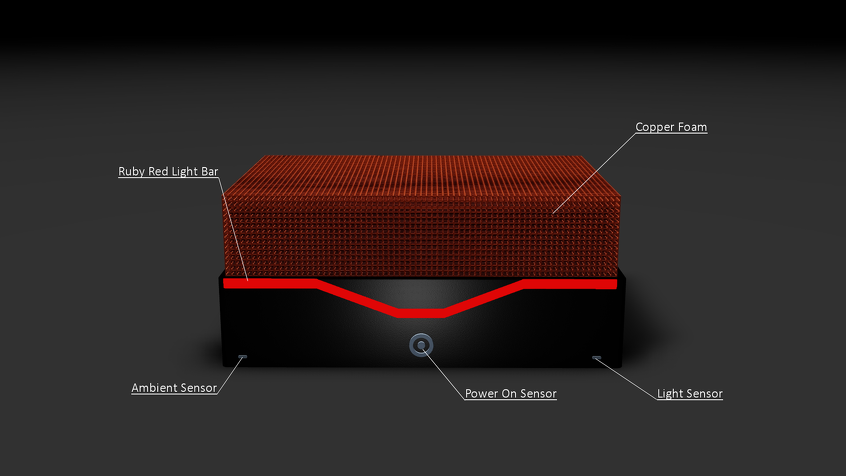 One of the most unusual crowd-funding projects out there is what is being billed as “the smallest high-end PC in the world.” The device is called Silent Power and its most notable feature is a slab of copper foam that’s on top of the computer. All the hottest elements of the computer are placed next to the foam slab, which sucks up and dissipates heat without need of air or liquid cooling systems. The Silent Power’s manufacturer claims that the computer never heats up above 50 degrees centigrade, or 122 degrees Fahrenheit. Dimensions of the device are 15 x 13 x 7 centimeters.

The cheapest version of Silent Power is €699 (roughly USD $960) and the company will ship it to U.K,, the United States and other selected countries. The fundraising goal is a rather modest €45,000 and production is expected to start (rather vaguely) in Spring 2015.

Overall, building new PCs is definitely out of fashion as a crowd-funding category. The hottest new hardware projects on Kickstarter tend to be 3D printers, wearable devices or smartphone accessories. Many of them have to do with digital photography or streaming videos, as small start-ups try to find ways to emulate the stunning success of the GoPro video recorder.

For example, the annoyingly named Ca7ch Lightbox wearable camera has raised $183,000 without breaking a sweat. Horrifically, it has the ability to “save animated motion GIFs”. Another hipster favorite, portable projector ODIN, has just topped $200,000 in funds raised.

While these cool portable gadgets rack up dollars, the unfashionable Silent Power has barely topped $5,000 in crowd-funding at this point, which seems like a shame given that it’s offering what looks like a potentially huge new innovation in computer design.