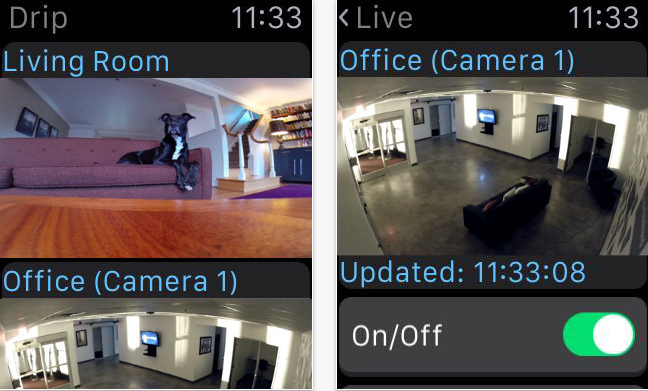 Developers are just getting started coming up with cool applications for the Apple Watch and one that caught our eye on Friday was a new app called Drip for Dropcam that’s designed to work with your Dropcam cameras to deliver live images directly to your wrist.

The app concedes that “while it doesn’t show live video, it shows a new live image from a selected camera every 3 seconds,” which is still pretty awesome for anyone who wants to see what’s going on with one of the places their Dropcam is filming without having to take out their phones.

The app lets you turn cameras on and off from your Apple Watch and future updates will bring several cool new features including motion events and the ability to display Dropcam cameras that you’re subscribed to.