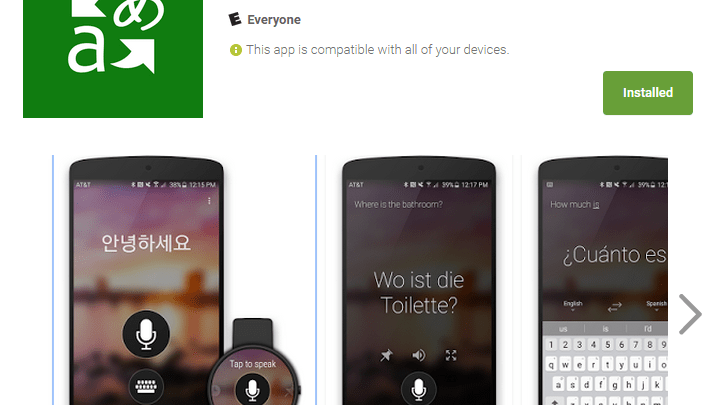 In case you haven’t noticed, Microsoft is about a lot more than just Windows and Office these days. In fact, it’s become a really important player in the Android app market, either through developing its own apps or buying up popular productivity apps such as  Sunrise Calendar or Wunderlist. Now Microsoft has added what might be the coolest app to its growing app arsenal: A version of Microsoft Translator that works on both Android and Android Wear.

If you haven’t tried Microsoft Translator yet, you need to do so because it’s amazing. You can speak into your phone’s microphone and it can translate what you say into 50+ different languages. I’ve been playing around with it myself and it’s exceptionally good at understanding my terrible French and Spanish pronunciations and translating them properly into English. I cannot emphasize how impressive it is and it will work on both your smartphone and your Android Wear watch.

It’s completely free to download and you can get it yourself at the Google Play Store at this link.