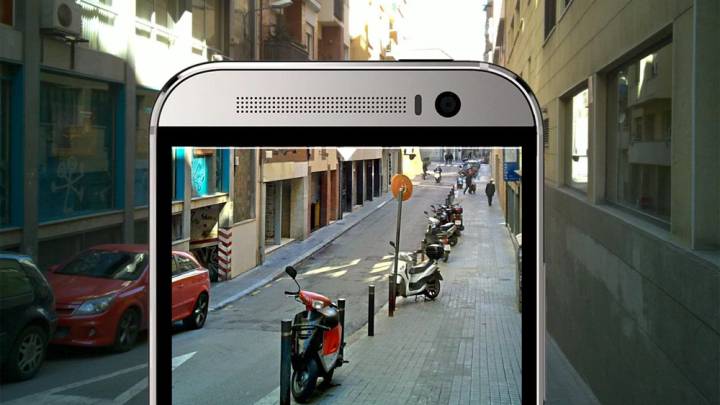 Early Android phones had awful cameras that took poor quality photos, but that has completely changed in the modern smartphone era. The gap in quality between pictures captured on iPhones and pictures taken on high-end Android phones has narrowed to a sliver, and there are even some Android handsets that offer camera quality that is arguably better than Apple’s iPhones.

Camera software is a different story though, and Android vendors often build default camera apps that are overly complex and very difficult to use. Thankfully there are some third-party offerings that tone down the bells and whistles to help you focus more on the essentials, and A Better Camera is one of the best options we’ve found thus far.

More than 1 million people have downloaded Almalence’s A Better Camera app so far, and for good reason: It’s a fantastic app that helps users get the most out of the cameras on their Android phones.

The app features a simple user interface that does away with most of the clutter you’ll find in other apps. It also sports a quick access menu that you can configure so that the shortcuts you use most frequently are just a tap away.

A Better Camera is a free download with in-app purchases that add various features and range in cost from $0.99 to $4.99. The app’s full description follows below, along with a quick video highlighting its main features.

«A Better Camera» is a camera application, able to take snapshots of high quality thanks to optimally chosen functions used by such notable camera-makers as Canon, Nikon, Sony, etc.
Meet HDR Video mode!!! Available for Android 4.3+
There are also the following important functions in «A Better Camera»:
* HDR: bright colors and rich detail, the pictures look like a professional camera shot
* Panorama: up to 360 degrees to 100 MPix
* Multishot: Group portrait, Sequence shot, Removing unwanted objects with one click
* Night mode
* Video recording + time lapse
* Pre-shot: pictures are taken before pressing
* Burst and Expo-bracketing
* Timer
* Different kinds of focusing
* ISO option
* White-balance.
* RAW capture (Nexus 5 with Android 5 currently)
Using «A Better Camera» you can get a professional photo without any extra applications.
«A Better Camera» is a set of carefully chosen functions able to take photos in any weather, almost like Canon, Nikon or Sony.
Is it sunny, cloudy or rainy outside? Choose necessary scene mode and have a beautiful photo.
Is it a day, twilight or night? Choose necessary scene mode and have a beautiful photo.
With the help of «A Better Camera» you will take photos of any scenery: sunset, mount, sky, forest, aqua, flames, stars, pyramids, city, etc. easily and quickly.
«A Better Camera» will be an excellent tool to create high quality photos for people, whose hobby is photography.
With «HDR» function your photo will be at the level of such notable cameras as Canon, Nikon, Sony etc. You can share «A Better Camera» photos in social networks without photo processing and show them to your parents, friends and acquaintances.
You can take panoramic photos thanks to this application. It allows you to capture any scenery: sunset, mount, sky, forest, aqua, flames, stars, pyramids, city, etc.
«A Better Camera» has night mode, that allows you to take professional photos in low light.
To take photos with a girlfriend, boyfriend, friend or parents you should use the function «Group portrait». Within a few seconds, a series of photos are taken and you can choose the best looking face for everyone.
The «A Better Camera» Video mode allows you to caprute videos without switching to another application.
Video has time lapse option, and can be used with focus lock, exposure lock and white balance lock!
One of the main features of the application «A Better Camera» is «Best shot». It will choose the best photo automatically. Now it is not necessary to waste your time checking and retaking the photos. The application will take series of photos and automatically identify the best photo.
There is a histogram display, i.e. a graphical distribution of scene brightness. This function allows you to understand how to take photos better before doing it.
«Burst and Expo-bracketing» is a function that professional photographers use in such cameras as Canon, Nikon and Sony.
Taking photos is an art, and «A Better Camera» is your tool to do it easily and quickly.