BlackBerry’s BBM app rockets to No.1 on iPhone app chart 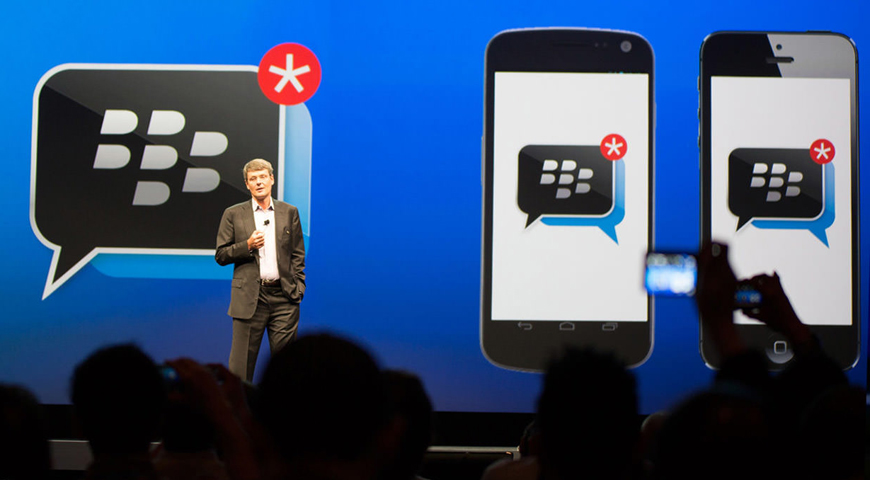 It took forever to launch — and some of the people who downloaded still can’t even use it — but BlackBerry’s BBM for Android and BBM for iPhone apps are finally here. What’s more, the new app is shockingly popular. BlackBerry fiiiiinally released its highly anticipated BBM cross-platform messaging app for Android and the iPhone on Monday and in less than 8 hours, the company announced on Twitter that the app had been activated for more than 5 million users. When BlackBerry first released the new app, it implemented a queue system that allowed users to download and install BBM, but they still couldn’t use it. Instead, they would have to wait in a queue for BlackBerry to enable their accounts.

More impressive than those activation numbers, perhaps, is the fact that the BBM for iPhone app rocketed to No.1 on Apple’s top free iOS apps chart in the United States less than 12 hours after the app was released. BBM for Android did not appear in Google Play’s list of top free apps at the time of this writing, however the app’s download count still read “0+” so BBM may very shoot up the charts once Google updates its download figures.

Can BlackBerry keep iPhone and Android smartphone users flowing into its messaging ecosystem despite all of the well-established competition out there, such as WhatsApp, LINE and many more?

Is this rush of interest purely morbid curiosity or will people continue to use BBM on their iPhones and Android phones moving forward?

Can BlackBerry — or a BBM spinoff company — figure out how to turn BBM for Android and the iPhone into a solid revenue stream?

These questions and more will weigh on our minds in the weeks and months to come as BlackBerry continues to seek out a savior. In the meantime, BBM for Android and BBM for iPhone are both available immediately and download links for each app can be found here.

UPDATE: BBM for iPhone users who have updated to iOS 7.0.3 will notice that there are now severe crashing issues with the app. BlackBerry has reached out to BGR to inform us that the crashes are being caused by Apple’s removal of support for a font BBM and other apps had been using. BlackBerry confirmed that it is working to resolve this issue, and a fix is expected to be released sometime on Wednesday.