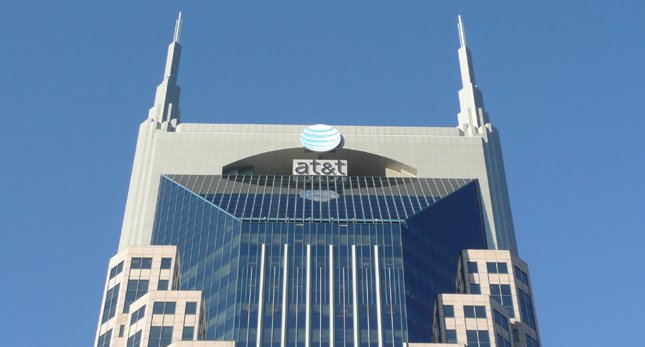 You didn’t really think AT&T was going to sit around and watch Verizon, Sprint and T-Mobile gobble up incredibly valuable spectrum on the 600MHz band, did you? Well, neither did the Federal Communications Commission, which earlier this week called AT&T’s bluff and essentially dared it to skip out on what might be the most important wireless spectrum auction we’ll see for years.

As Re/code reports, FCC chairman Tom Wheeler scoffed at AT&T’s supposed threat to boycott next year’s 600MHz auction and said that he had “a hard time envisioning this once in a lifetime opportunity for this kind of beachfront spectrum being something that people throw up their hands and walk away from.”

Earlier this month, AT&T said that it might stay away from the auction all together unless the FCC reversed its decision to reserve about 30MHz worth of licenses on the band for smaller carriers. AT&T argued that it shouldn’t face any such restrictions in the auction and said that it should basically be allowed to gobble up as much spectrum as it could afford.

The FCC, mindful of the fact that Verizon and AT&T dominated the last major auction for spectrum on the 700MHz band, didn’t want to see the same thing happen again, which is why it put rules in place to ensure that the nation’s two biggest carriers didn’t again come away with all of the best spectrum licenses on the band.

Now, as Re/code tells it, AT&T is now saying that “our desire to participate in this auction and our hope for a successful auction is unchanged,” which is basically the carrier’s way of admitting that it never had any intent of skipping the auction in the first place. Surprise, surprise.