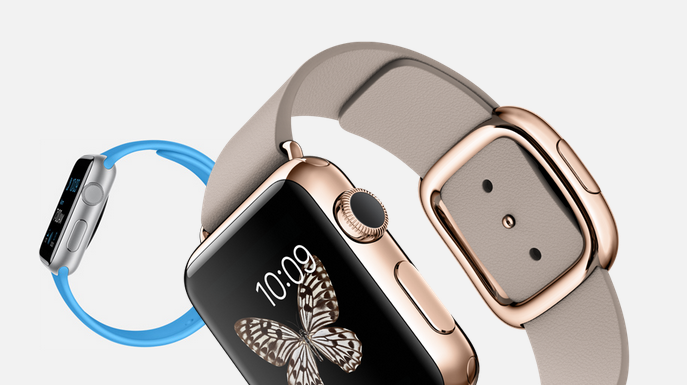 With the Apple Watch launch coming in April, now is the time for the company to start turning up its ad campaign for the new device. Ad Age has snagged some pictures of the first Apple Watch magazine ads that are slated to appear in the March Issue of Vogue and they not surprisingly take a minimalist tack for showing off Apple’s first wearable computer.

This ad, for example, shows off an 18-karat gold Apple Watch that’s sporting a white sport band. The watch itself is front and center with copious amounts of white space surrounding it along with a tiny amount of text letting people know what it is.

And for good measure, there are ads that just show off the Apple Watch’s different kinds of bands as well and that don’t show the device itself.

Ad Age says that Apple is taking out 12 pages of ad space in the March Vogue so this looks like the start of a really big campaign to push the Apple Watch.

Check out even more pictures of Apple Watch ads by clicking here.