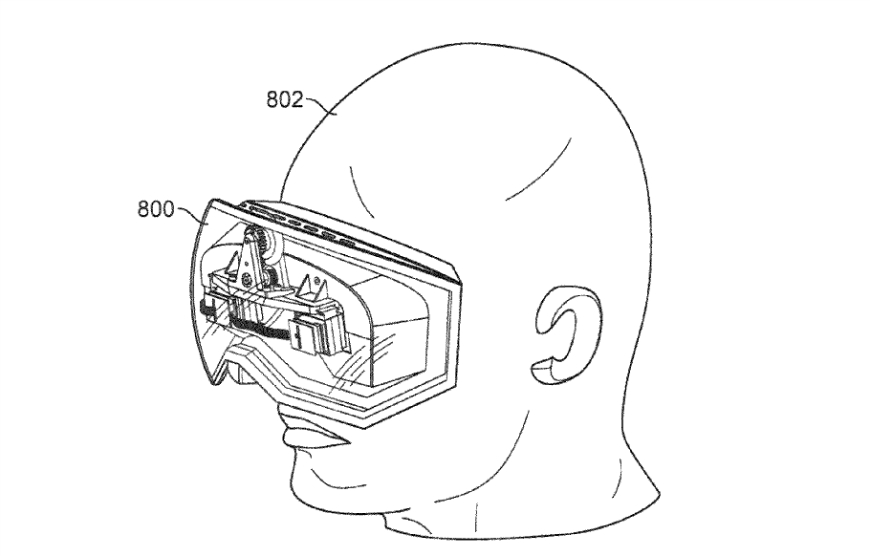 Apple on Tuesday was awarded a patent for a head-mounted display that doesn’t really resemble Google’s smart Glass project whether we’re talking about design or features. Discovered by Patently Apple, the new patent describes an elaborated goggle system that may resemble ski of motorcycle goggles that come with specific entertainment features in mind, allowing the user to enjoy an immersive video watching or gaming experience in those instances where projecting a movie or a game on a bigger display isn’t an option. Instead, the device would project a virtual large screen in front of the user’s eyes, which would be available only to the person wearing the goggles. Oculus VR’s Oculus Rift is a popular gaming-related project that aims to bring virtual reality gaming action to players through a similar goggles system. Valve is also working on its own virtual reality solution for its Steam Machines.

The Apple goggles may also support advanced log in features including retina scan, fingerprint scan or voiceprint analysis to identify the user and preload personal settings, and may include left and right optical modules that would not only allow the user to enjoy 3D videos and games, but would also detect any eyesight issues, adapt accordingly and remember the settings for the user – the goggles may take into account glasses and contact lenses, or determine eyesight limitations by itself. As for connectivity options, the goggles would connect wireless or through a cable to a supported device, whether it’s a computer or a mobile device.

The patent was first filed in May 2008, proving once again that Apple is very interested in providing a better experience to users when it comes to entertainment devices. The company has recently purchased PrimeSense, the original Microsoft Kinect inventor, and has been rumored for a few years to work on an actual TV set of its own, often called the Apple iTV.