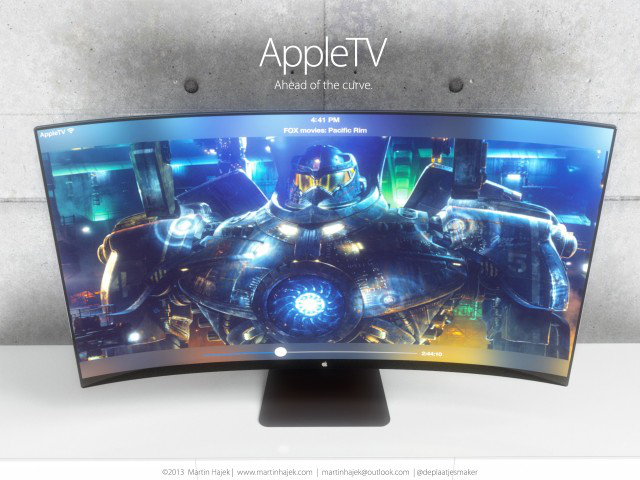 Designer Martin Hajek imagined what Apple’s rumored iTV might look like when Apple is finally ready to launch it, and came up with two TV designs based on Apple’s current iMac desktops. However, Hajek bumped the screen size to 55 inches and gave one of the models a gold paint job similar to the gold iPhone 5s. Furthermore, the designer imagined a curved iTV model as well, also generally based on the latest iMac model but featuring a curved display.

Apple has been rumored for a couple of years to be developing its own TV set, although the launch of its new TV has supposedly seen various delays. Recent reports say that the iTV is still at least two years away from hitting stores. Apple has recently confirmed the purchase of PrimeSense, the company behind the first Kinect sensor, prompting speculation that the acquisition may have something to do with its TV plans. The company has never confirmed such rumors when asked about such plans. Meanwhile, the digital media player has reached its third generation. Apple still considers the device to be a “hobby,” one that is selling very well in stores.