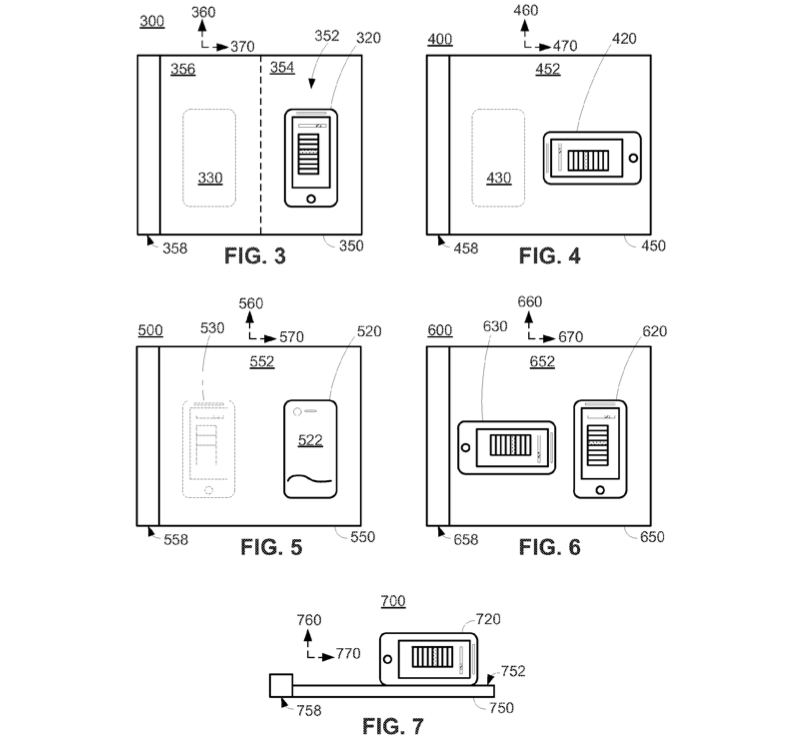 A new patent awarded to Apple reveals the company is interested in producing its own wireless charging docks for mobile devices, AppleInsider reveals. However, these charging docks won’t be as “dumb” as current charging mats used by multiple devices. Instead, Apple’s dock will have some smart features, which will let it perform various actions on top of simply charging a battery wirelessly.

In fact, such a charging surface with smart features may one day be built into a MacBook, which would allow users to simply place the iPhone or iPad on top of a laptop to initiate a series of actions.

Furthermore, depending on how the device is placed on the charging dock, a data transfer sequence between a nearby computer and the iOS device may be automatically initiated. Thus, it would appear that the dock could work even with iOS devices that don’t have wireless charging support, allowing users to sync and transfer files by simply placing them on the dock in a predetermined manner.

The smart charging dock would include a processor, input/output interfaces, an integrated power supply and the sensors required to determine the orientation of a device. The dock would apparently be able to tell the position of a device related to a secondary device. Interestingly, the patent suggests that the dock may support more than one device at the same time, and the device may be compatible with other devices.

As with other patents, this “Device orientation based docking functions” patent doesn’t guarantee that Apple will actually use the technologies described in future products. However, more and more reports suggest that Apple may be interested in alternative methods to improve battery life on mobile devices, especially on wearables such as an iWatch smartwatch, which wouldn’t be able to offer a large enough battery. Wireless charging and solar power are among the alternative charging methods that are reportedly researched for the smartwatch.