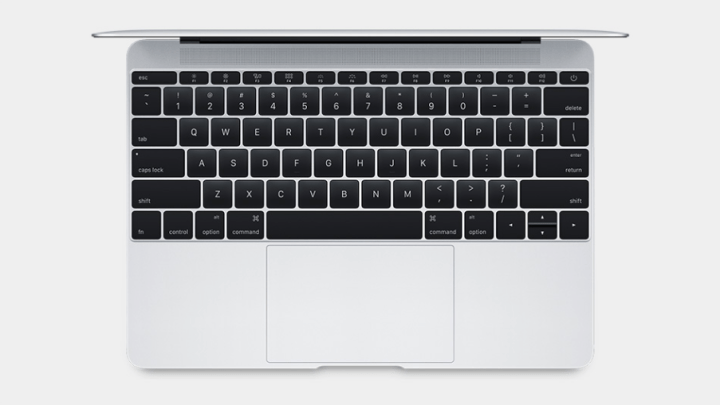 One of the biggest criticisms of Apple’s new 2015 MacBook has been its keyboard, which reviewers have said isn’t nearly as easy to use as keyboards from past MacBooks. However, it looks like Apple has some ideas for improving all of its MacBook keyboards with some exciting new technology.

A new patent awarded to Apple on Tuesday, found by AppleInsider, details a “Fusion keyboard” which would have touch-related functions on top of its usual typing features.

Unlike regular keyboards, the Fusion keyboard would have both capacitive touch sensors and depressible mechanical keys that would be able to register touches and key presses, respectively, thanks to multi-stage switches.

The keyboard would be smart enough to tell the difference between the user’s intention of performing a touch-related action or pressing a key, and react accordingly. Apple’s proposed two-position switch generates different responses depending on the way the user interacts with a key. The system would analyze the depth of a key press and whether a keystroke actually follows it to determine whether the user wants to perform a touch action or input text, and then it would deliver the appropriate response.

The user would be able to rely on the keyboard for a variety of touch actions that would otherwise be available only via a trackpad, including scrolling, dragging, zooming, moving the cursor and other gestures

More importantly, the keyboard would let the user input text with one hand while simultaneously performing touch gestures with the other hand.

This Fusion keyboard might let Apple further shrink down laptop design by including trackpad features in the keyboard, while also offering users a quicker way of performing touch gestures. However, just like with other patents, it’s not clear whether this particular Apple invention will make it into products. Apple just introduced a new keyboard concept for the ultra-slim MacBook that’s been panned by reviews.