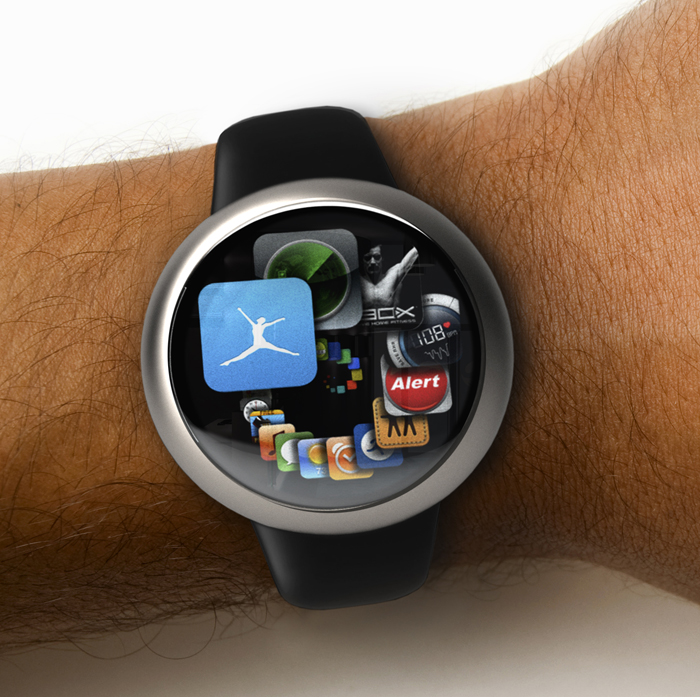 Let’s be honest — an Apple (AAPL) wristwatch doesn’t at first glance sound like the most exciting product the company has come up with over the past decade. But if past patent filings are any indication, the long-rumored ‘iWatch’ could be much more interesting than some might think since they could help make the classic wristwatch work a lot more like an iPod. Researcher Nickolay Lamm, best known for his pre-release renders of the iPad mini and his futuristic iPhone design concepts, passed along some new renders showing what an iWatch could look like if Apple chooses to incorporate some key design elements from some of its older patent filings.

The most striking element in Lamm’s renders is the spiral menu design that he says was inspired by a 2010 patent that shows how a spiral design could be used to more elegantly display a user’s music on the iPod. Lamm says that while “the spiral patent made no mention of a watch, I felt that it would fit perfectly inside a circular interface.” And it’s not as though Apple has no experience with implementing such circular interfaces since the iPod’s main button utilizes circular touch gestures to navigate through music.

Lamm says another key design element in his iWatch render is a “very minor curved glass surface,” which he based on “Jony Ive’s personal preference for normal looking watches,” which makes it less likely that “the iWatch will be a curved glass Star Trek contraption.”

“Watch design doesn’t need fixing like the smartphone needed fixing in 2007,” says Lamm, who was commissioned to create the iWatch renders by Mark Pearson, the owner of MyVoucherCodes.co.uk.

And finally, Lamm notes that his version of the iWatch is designed to tightly integrate with your desktop computer, tablet and smartphone so that you can manage data and apps on the watch while using other Apple products. Lamm bases this idea on yet another 2010 Apple patent that shows how the iWatch could be controlled remotely, which to Lamm suggests that Apple “wants the iWatch to be an accessory and not a standalone device.”

We’ve posted another of Lamm’s renders below, this time showing how the iPhone could be used to remotely manage the iWatch.