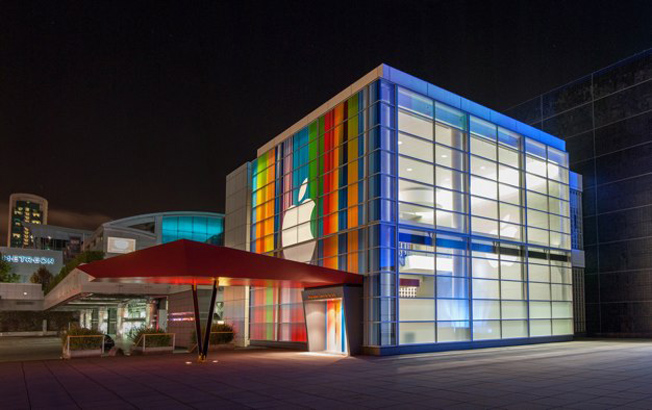 You can’t make it to the top without picking up some enemies on the way, and Apple (AAPL) has picked up plenty of them as it rose from near death in the late ’90s to become the most valuable tech company in the world. And now that Apple has seemingly entered a period of slower growth, there are plenty of rivals that are itching to take a bite out of the giant that has spent the better part of the last decade beating them by developing some of the tech industry’s most important and innovative products over that period.

Reuters published a long piece this week showing that Apple’s hardware and software rivals, as well as its wireless carrier partners, are almost giddy that Apple has hit a soft patch. The reason carriers are excited, Reuters explains, is that they may no longer have to accept Apple’s demands for lavish subsidies as the cost of selling the iPhone.

“The illogical love affair is over,” a former executive at a rival handset vendor told Reuters. “Now it’s just a great company… The AT&Ts (T) of the world will start to try to get themselves weaned off of paying such great subsidies to Apple.”

Fran Shammo, Verizon Communications’ chief financial officer, similarly told Reuters that having more competitive smartphone platforms would be beneficial to consumers and would result in lower overall prices for handsets. What’s more, both Verizon (VZ) CEO Lowell McAdam and AT&T CEO Randall Stephenson told Reuters that they’re watching T-Mobile’s experiment with ending smartphone subsidies very carefully to see if it’s successful. Needless to say, it would be tough to imagine both of these companies publicly contemplating ditching smartphone subsidies if Apple were still at the peak of its game.

All that said, carriers and rival smartphone vendors might want to think twice before celebrating Apple’s supposed demise. David Yoffie, a professor at Harvard Business School, tells Reuters that a slightly diminished Apple is still the most powerful player in the market and still commands industry-best loyalty from its tens of millions of users.

“Even though they’re not gaining share, they’re such a large piece of the market and such a driver of customer volume into their stores that people can’t walk away yet,” he said.