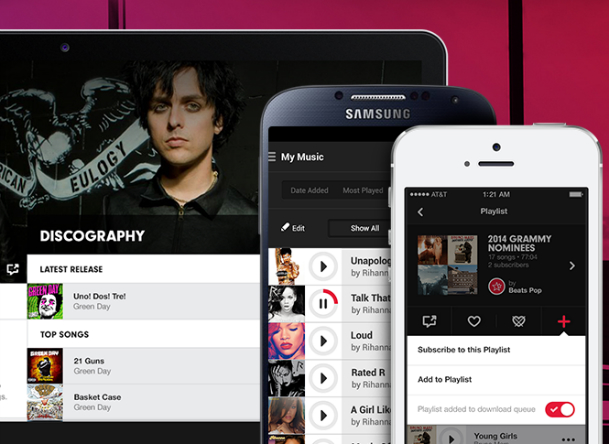 Well, this is somewhat unexpected — TechCrunch’s sources are saying that Apple is planning to shut down the Beats Music streaming app that it acquired when it bought Beats for $3 billion earlier this year. The only way that this report would make any kind of sense would be if Apple were simply folding Beats Music into iTunes — there is simply no way that Apple would consider abandoning a music streaming service at a time when it’s working to regain some of the influence over the music industry that it’s lost ever since the rise of Pandora, Spotify and other popular streaming services.

Nonetheless, TechCrunch’s sources say that “it’s not clear when exactly Jimmy Iovine and Dr Dre’s music service will be shut down or what Apple will do with streaming, but every source with knowledge of the situation that we talked to agreed Apple plans to sunset the Beats Music brand.” The publication also notes that Beats Music didn’t come preloaded onto the iPhone 6, which seems like a sure sign that Apple doesn’t really see it as an integral part of its app ecosystem.

Nonetheless, this is still somewhat strange since less than two months ago Apple started featuring the Beats Music app prominently in “Apple Apps” popup window new users get when they first log into the App Store, alongside such iOS staples as Pages, GarageBand and Find My iPhone.

UPDATE: In response to TechCrunch’s story, Re/code’s sources say that there’s no way that Apple will just permanently shut down Beats Music as a streaming service although it may rebrand it as something else. The reason for this is pretty simple: Apple feels the iTunes brand might be stronger and might serve as a better way to attract more users to subscribe.